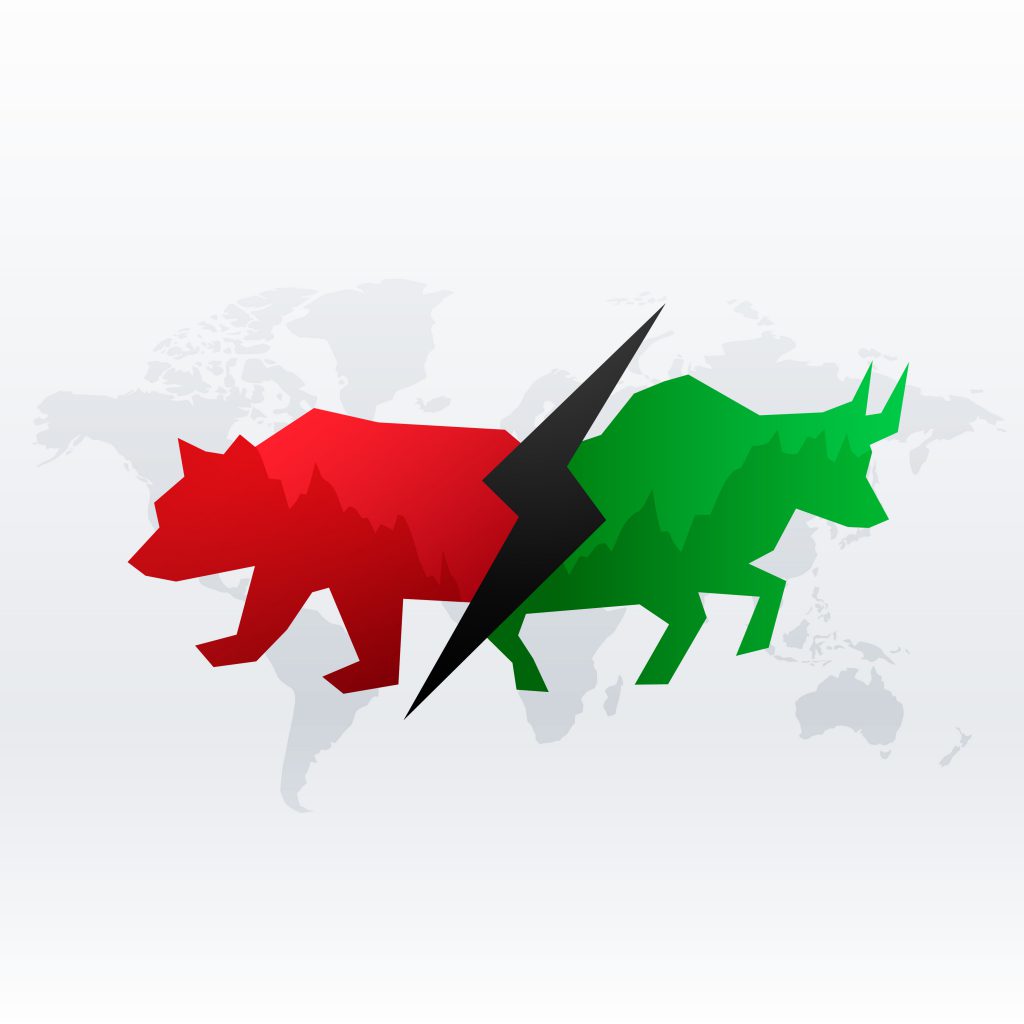 Bear markets occur more quickly than bull markets and over a shorter period of time with higher daily volatility, so their occurrence is quickly noted.  However, it may take several years for a market to make the 50% recovery for a bull market to occur and it is only then that analysts realize when the market bottom occurred.  Otherwise, a market might decline by 25%, rise by 30%, then decline again by 25% producing one long bear market and not a series of contractions.  This is what made the 1929-1933 bear market crash so memorable.  Investors would expect that as the market bounced back the bear was gone, but the bear only reappeared and drove prices further down.

As figure 1 below shows, the market tops in 1920, 1929, 1937, 1969, 1973, etc. are clearly visible.  They were followed by market bottoms that occurred a few years after those peaks.  There were fewer market tops and bottoms in the 1950s and 1960 as the bull market roared ahead.  The actual number of tops and bottoms expanded in the 1990s when many countries opened stock markets. After the market peaked in 2000, it took three years of bear market bottoms for global markets to start moving forward again.  2007 had the largest number of bull market peaks in history followed by the largest number of bear market bottoms in 2009. 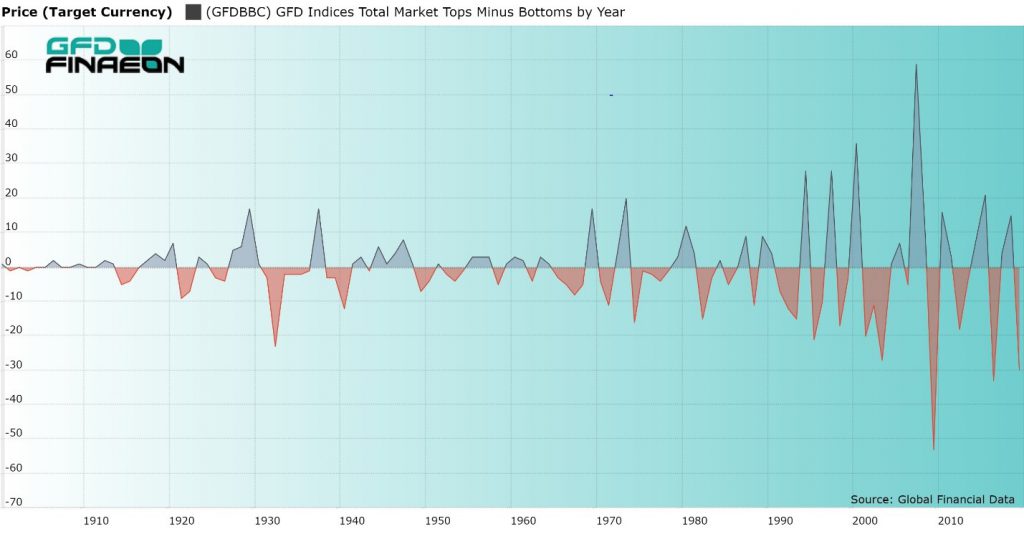 The past decade has been a series of steady increase for the stock market in the United States and treading water for the rest of the world.  While U.S. Stocks, especially communication and information technology stocks, did really well during the past decade, Emerging Market and the rest of the world went nowhere. This is reflected in the up and down uncertainty of market tops and bottoms.  There were three tops in the world’s stock markets during the past decade in 2010, 2015, and 2018.  Most developed markets hit their bottoms in 2018, though emerging markets continue to struggle in 2019 since many of them hit market bottoms and may hit lower bottoms in 2020.

And the prediction for the coming decade?

There will need to be some significant event that will shift investment flows from the United States to the rest of the world for any change in the 2010s to occur in the 2020s.  It seems unlikely that we will have a large number of market tops in 2020 or 2021 since the current bull market began in the developed world in 2018 and emerging markets have not joined in yet.  The United States has had its best returns since 2013.  In the United States Presidential cycle, the year before the Presidential election is usually the best performing year of the four as proved to be true in 2019.

The world is still adjusting to ultra-low bond yields on government bonds.  Yields are negative in nominal terms in most of Europe and Japan and negative in real terms in the United States, United Kingdom, Canada and Australia.  Bond yields continue to fall in many emerging markets.

Our prediction is that the stock market still hasn’t fully incorporated low government bond yields into the market.  With little prospect of inflation, there is no reason for bond yields to rise.  Instead, bond yields are likely to continue their decline for part of the 2020s.  As long as that is true, there is no reason for the market to collapse into a bear market.  We predict another set of bull market peaks before the United States finally falls into a new bear market.

At some point, however, the winds will shift, and money will start to flow back into Emerging Markets and markets outside of the United States.  But currently, there is no evidence that will occur in the near future.