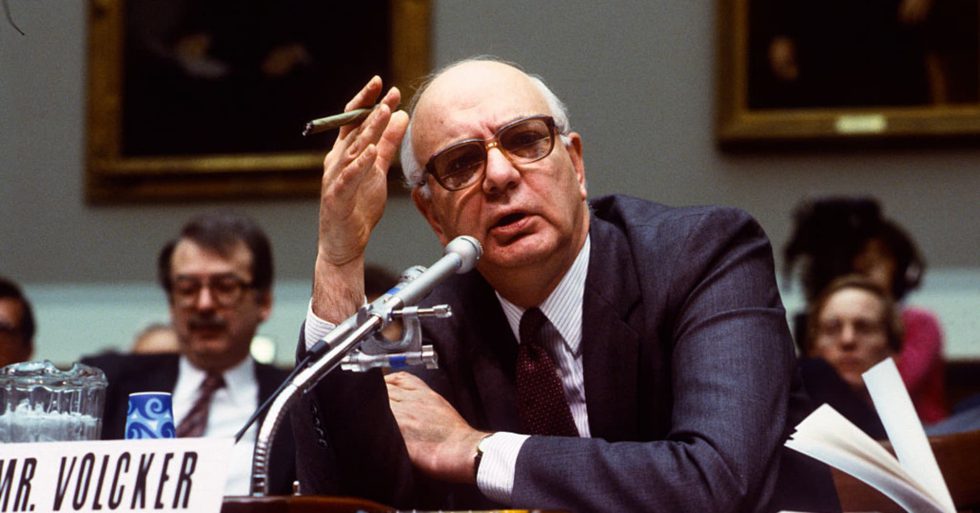 On December 9, Paul Volcker, who served as Chairman of the Federal Reserve Bank from 1979 to 1987, died at the age of 92.  Paul Volcker changed the shape of the economy and of financial markets.

The Rise and Fall of Interest Rates

Paul Volcker is known for two things.  He instituted the Volcker Rule as part of the Dodd-Frank Wall Street Reform and Consumer Protection Act. This prohibited banks from conducting some investment activities with their own accounts and limited their dealings with hedge funds and private equity funds. 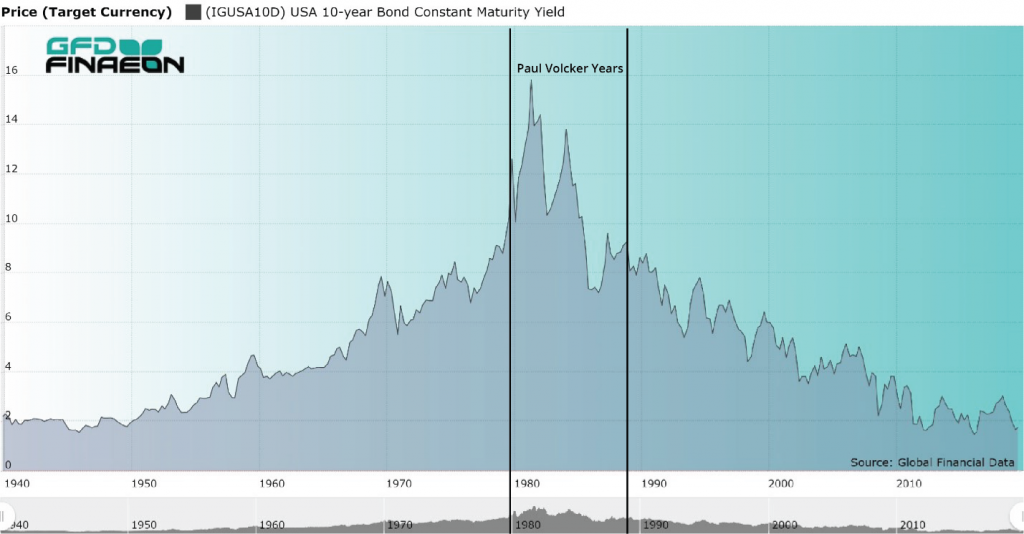 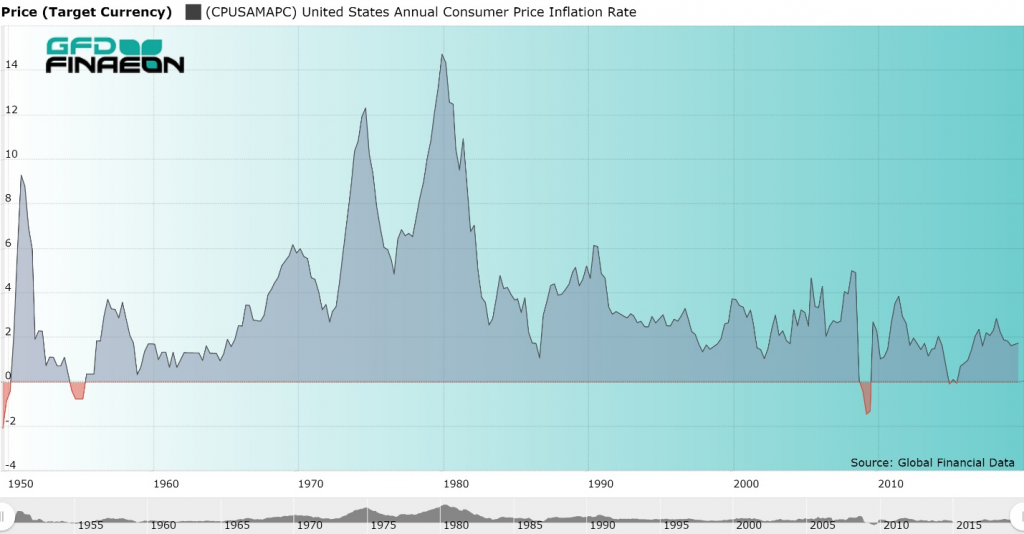 Second, Paul Volcker defeated the rising inflation and interest rates of the 1970s.  In 1981, the yield on the 10-year bond peaked at 15.84% as can be seen in Figure 1.  Today, the bond yield and inflation are both below 2% as depicted in Figures 1 and 2. Government bond yields in most of the Euro zone are negative in nominal terms and are negative in real terms in the United States.  There is no sign that bond yields, interest rates or inflation will reverse and begin rising in the near future.  If anything, bond yields are likely to continue to decline in the United States.

Paul Volcker instituted major changes that impacted investors. Between 1792 and 1941, stocks provided a 6.80% return while bonds provided a 4.99% return. Then the great Keynesian inflation began. Between 1941 and 1981, US equities returned 11.38% while the 10-year bond returned only 2.75% as can be seen in Figure 3.  Inflation averaged 4.60% during those 40 years meaning that after inflation bond investors actually lost money as is illustrated in Figure 4. 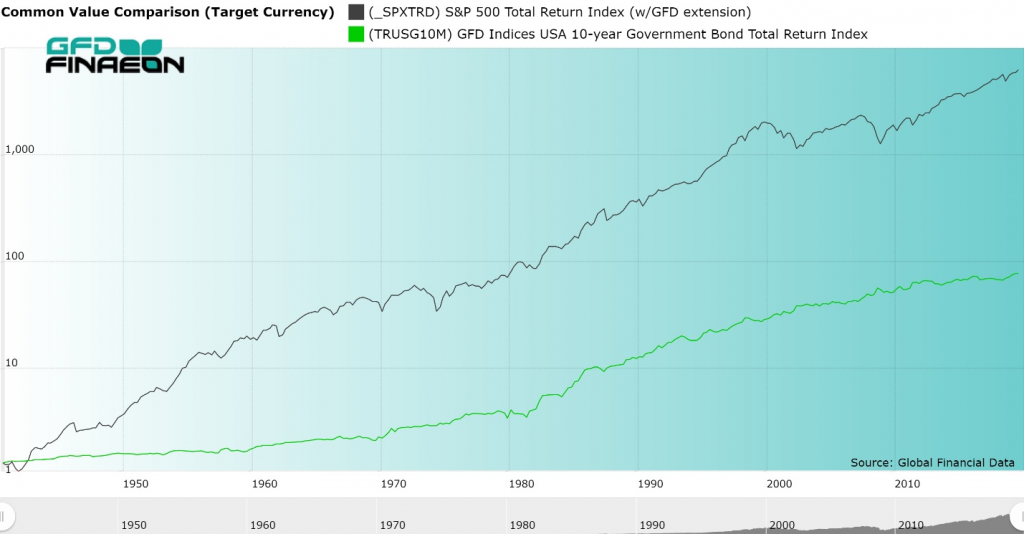 However, between 1981 and 2018, stocks returned 11.13% and bonds returned 8.04%.  This is illustrated in Figure 4. Bonds made no progress from 1940 to 1981, then provided dramatic returns from 1981 to 2019. The cause of this change was Paul Volcker. Although there was little difference in the annual return to equities, the return to bonds rose significantly as the decline in bond yields produced capital gains rewarding bond investors. 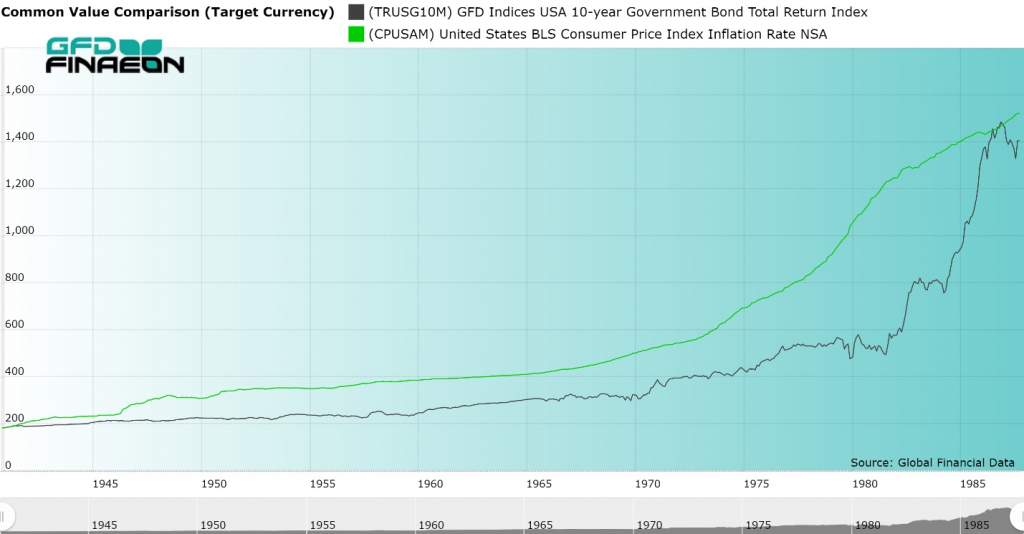 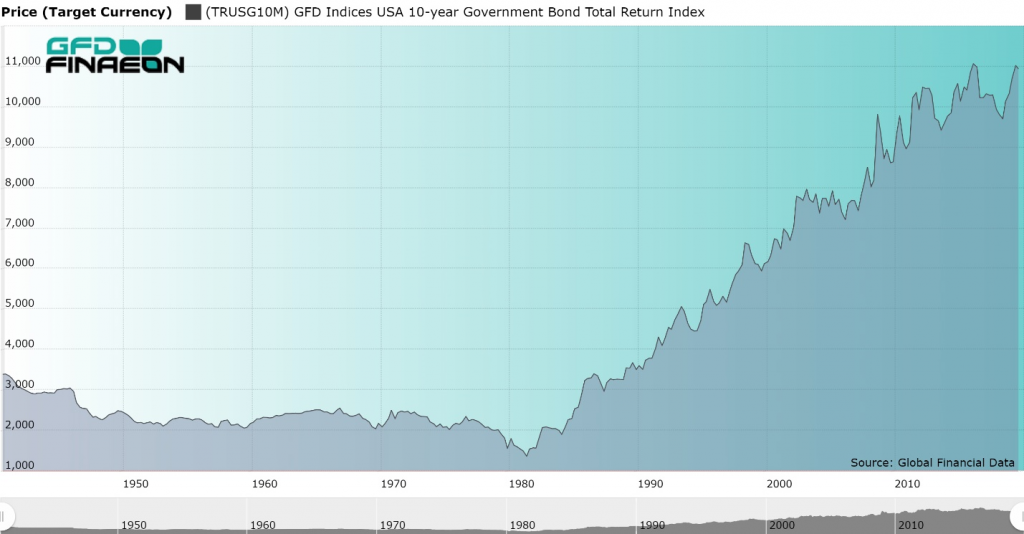 The Death of the Equity Risk Premium