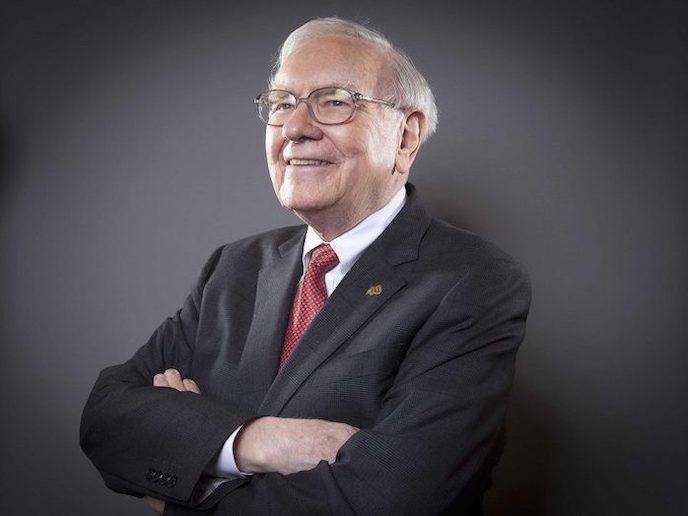 There are several factors which influence the ratio of stock market capitalization to GDP.  First, countries with more multinational companies have a higher ratio than countries without.  The MC/GDP ratio is particularly high for Switzerland and Hong Kong because those countries have numerous multinationals listed on their exchanges. Switzerland’s MC/GDP ratio is over 200% and Hong Kong’s ratio is over 1000%. Second, interest rates influence the ratio.  Bond yields provide an opportunity cost for investing in the stock market.  The higher bond yields are, the lower will be the MC/GDP ratio.  The lower bond yields are, the higher will be the ratio.  Third, government ownership of major industries, banks and utilities reduces the MC/GDP ratio because these industries are publicly owned rather than privately owned.  Fourth, industrialization of the economy increases the MC/GDP ratio and has generally increased over time.  Fifth, whether a country relies more on markets or banks to direct capital to industry affects this ratio.  Anglo-Saxon countries generally rely more on stock markets than continental European countries and tend to have a higher MC/GDP ratio.  Sixth, wars tend to redirect capital to funding government bonds and increases regulation of industry.  This tends to reduce the MC/GDP ratio.  All of these factors should be taken into consideration when trying to analyze whether the MC/GDP ratio indicates that the stock market is overvalued or undervalued for any country.

GFD has created a simple mnemonic that enables subscribers to quickly find data for the country they are interest in.  The ticker begins with “SC”, then adds the ISO code, then adds “MPC” at the end, so the symbol for the market cap of the United States as a share of GDP is SCUSAMPC and for Canada it is SCCANMPC.

There are many things that subscribers can do with this information.  Figure 1 compares the stock market capitalization of the United States with the outstanding government debt as a share of GDP.   Several of the factors mentioned above are clearly visible.  The inverse correlation between war, stock market capitalization and debt is visible during World War I and World War II.  The impact of rising interest rates in the 1970s and falling interest rates since 1981 have clearly impacted the MC/GDP ratio.  Since 1980, both the debt/GDP and the MC/GDP ratios have risen. Over the past 50 years, the United States has deregulated many markets which has contributed to the increase in the MC/GDP ratio. 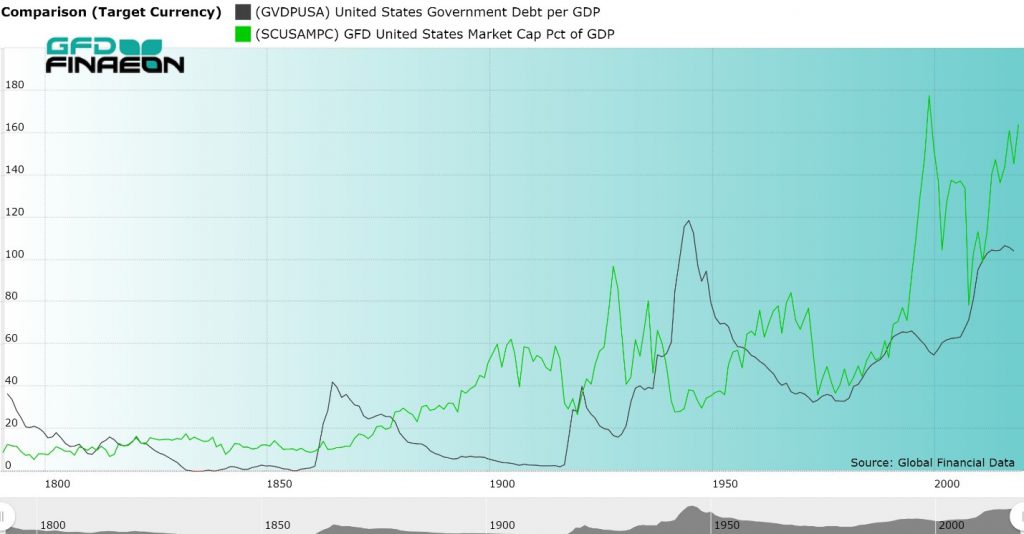 Global Financial Data provides data on the MC/GDP ratio for every major stock market in the world.  GFD provides more history for this ratio than any other data vendor.  The MC/GDP ratio in the United States is around 164% today.  This is one of the highest ratios in history; however, bond yields are also at their lowest levels in history.  Could the MC/GDP ratio be headed to 200% as in Switzerland, or does the high ratio portend a crash as occurred at previous peaks in 1999 and 2007? Time will tell.