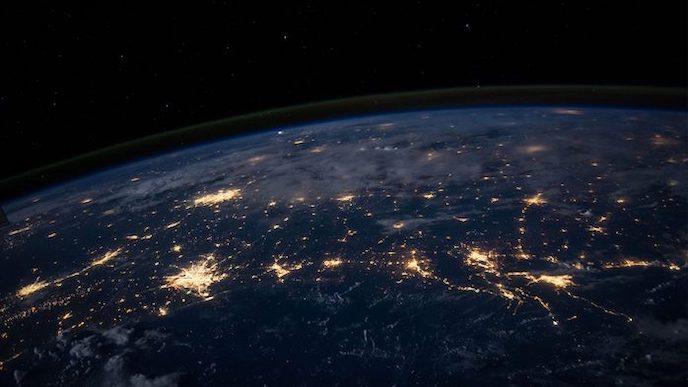 Global financial Data has calculated a new World Index that extends from the beginning of stock markets in Amsterdam in 1601 to the present day.  It will succeed the original World Index that GFD first calculated 20 years ago.  With the World Index 2.0 we can clearly distinguish the four eras that the stock market has evolved through during the past 400 years: Mercantilism, Free Trade, Regulation and Globalization. We can analyze how the stock market behaved in each of the four eras as well as each global bull and bear market the market has passed through during the past 400 years. Until now, no one has calculated a World Index that precedes 1900 and no one has calculated an index which is reweighted on a regular basis. Now, an index that provides a complete history of global equity markets is available. GFD also provides world bond indices that can be compared to the global equity indices, and calculates sub-indices that include the World excluding the United States, the World excluding the US and UK, a European Index, an index for Emerging Markets and others. Without these global composites, it is impossible to understand the behavior of stocks, bonds and bills over the past 400 years.

Global Financial Data divides the past four centuries of the stock market into four eras: Mercantilism (1601-1799), Free Trade (1800-1914), Regulation (1914-1981), and Globalization (1981-).  The stock market was fundamentally different during those four eras affecting equity and bond returns, the dividend yield and the equity risk premium. During the period of Mercantilism, government favored national monopolies that could trade with the rest of the world.  The Dutch had the East India Company (Vereenigde Oost-Indische Compagnie) and the West India Company (Geoctroyeerde Westindische Compagnie).  The French had its own East India Company (Compagnie des Indes) which traded in all parts of the world.  England had three companies which dominated their stock market during the 1700s, the Bank of England, the East India Co. and the South Sea Co. In addition to these three companies, British 3% Consols represented the majority of trading in London as Britain funded its wars in the 1700s through debt and investors sought a reliable source of income. Data in the index before 1692 includes only one company, the Dutch East India Company. The Committee of Public Safety banned all joint-stock companies in France on August 24, 1793. The Dutch East India Company was nationalized in 1796 and dissolved in 1799, and the Dutch West India Company was purchased by the Dutch government on January 1, 1792. While financial markets were closing down on the continent, markets were reborn in England and in the United States.  The Bank of Ireland was founded in 1783 and the Irish Grand Canal in 1784.  During the 1790s, Britain went through its first canal mania with investors in the British midlands investing in canals that could carry the output of their mills to the rest of the country. The Bank of North America was established in 1784 and the Bank of the United States was incorporated in 1791.  Hundreds of banks and insurance companies were incorporated in the United States in the decades that followed.  The Banque de France was established in 1800. Growth really began with the establishment of railroads in the 1820s and 1830s which by the 1840s dominated stock markets in the United States, the United Kingdom, France, Germany and other countries. Although free trade didn’t exist in 1800, the foundations of the global economy were being laid. The period of Free Trade came to an abrupt end when World War I began. By July 31, 1914, virtually every stock market in the world had closed to prevent shareholders from selling their stocks and bonds.  Capital was no longer free to cross borders.  Financial markets faced restrictions they had never faced before. During World War I, capital flowed into government bonds, not corporate coffers. Even when stock exchanges reopened, price restrictions limited the amount of trading that could occur. The Berlin and St. Petersburg stock exchanges didn’t reopen until 1917, and the St. Petersburg stock exchange closed when the October Revolution led to the Communists seizing power in Russia. The period from 1914 until 1981 was one of government control over financial markets through regulation after World War I, and nationalization after World War II.  Capital controls limited the ability of money to flow from one country to another. Before 1914, global financial markets were integrated and bond interest rates converged to the international average.  After 1914, national stock and bond markets moved independently of one another. Different domestic inflation rates and risk of default produced different national interest rates. By 1981, interest rates were peaking and equities were in a bear market. The integration of global financial markets was once again seen as a solution to allocating capital more efficiently. After the Soviet Union collapsed in 1991, stock markets were reestablished in St. Petersburg and other former Communist countries including China. European governments privatized industries that had been nationalized after World War II, and in the United States regulated industries were deregulated.  Deregulation affected banks, railways, telecommunications and utilities, the steel industry, airlines, and other infrastructure-related industries.  The impact of introducing globalization is visible in Figure 1 which adjusts GFD’s World Index for inflation.  There was almost no change in the value of the index until the 1980s when Globalization began and the index exploded upward.

The blip in the index during the 1860s is due to the American Civil War when the U.S. Dollar depreciated relative to other currencies. Although you often hear about the Railway Mania in England in the 1840s, the impact of railroads was even greater in France than it was in England. France had a severe downturn in 1848, but recovered quickly. However, France underperformed relative to the rest of the world between 1914 and 1981, due to the inflation and the nationalizations that France suffered after World War II. Although the British stock market lost half of its value during the 1929-1932 depression, British stocks were hit even more severely during the 1973 crash when the stock market fell over 70% because inflation and government bond yields went over 20%. The United States underperformed in the early 1800s because the U.S. index only included finance stocks. The United States outperformed the rest of the world after the civil war, but had its worst decline during the 1929-1932 Depression. Since 1900, as can be seen in Figure 6, the United States has outperformed the rest of the world. The World excluding the United States has provided a similar performance to Great Britain with French stocks the clear loser. It should be noted that the correlation between different countries was much lower in the 1800s than it was in the 1900s and has increased dramatically during the period of Globalization since 1981.