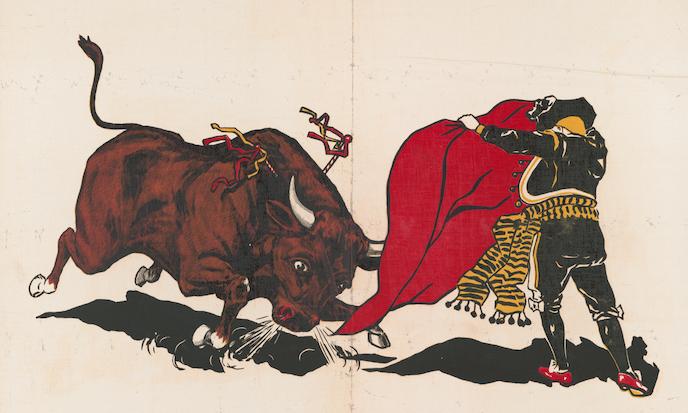 The S&P 500 reached new highs last week causing some analysts to call this the fastest recovery from a bear market in history; however, this shows that many analysts are not looking at the whole picture -- since they are ignoring the recovery that followed the start of World War I in 1914.  Although the recovery from World War I took longer than the recovery from the Covid-19 bear market, there are many similarities in the recovery patterns between the two bear markets.  All the evidence we see points to the beginning of a new bull market, not the preparation for another correction.

The Closure of the World’s Stock Markets Before World War I began, the world’s financial markets were integrated.  The gold standard fixed exchange rates between the currencies of the world. Russian bonds traded on the bourses of St. Petersburg, Berlin, Paris, Amsterdam, London, Vienna and New York simultaneously as did South Africa gold shares.  The world’s financial markets were truly globalized with capital flowing freely from one country to another. But World War I changed financial markets for decades. It would take over 75 years for globalization to return to the world’s financial markets once the war began. When World War I started on July 31, 1914, the immediate impact was the closure of stock exchanges throughout the world. There was a fear that shareholders would sell stock to raise capital and repatriate their money. Share prices began to collapse and the only way to prevent a panic was to close stock exchanges and prohibit shares from being sold.  By August 1, virtually every stock exchange in the world had closed. Although the NYSE was closed between July 30 and December 12 of 1914, stocks were quoted by brokers and traded off the exchange.  GFD has gone back and collected these stock quotes during the closure of the NYSE to recreate the Dow Jones Industrial Average (DJIA) and the Dow Jones Rail Average (DJRA) during the time that the New York Stock Exchange (NYSE) was closed.  Although the stock exchanges were closed, prices for shares were quoted on the “curb” and reprinted in the New York newspapers. Missing DJIA Data We collected the data for the 20 stocks in the new DJIA 20 Industrials and calculated the average of the bid and ask prices on these 20 stocks from October 14, 1914 to December 12, 1914 and for the 20 stocks that were in the DJRA.  This enabled us to determine that the 1914 bottom for stocks occurred on November 2, 1914 when the DJIA hit 49.07, a level the DJIA wouldn’t revisit until the Great Depression in 1932.  Few people realize that stocks in the US had already bottomed and were heading into a new bull market prior to the NYSE reopening on December 14, 1914.  This was also true of the DJRA which had declined even more than the DJIA. Many of the stocks that listed on the NYSE had become “war babies.” Since the United States was not involved directly in the war, investors thought that American companies would benefit from World War I by selling goods to the European powers that were.  This led to a bull market that continued for the next two years which is illustrated in Figure 1. 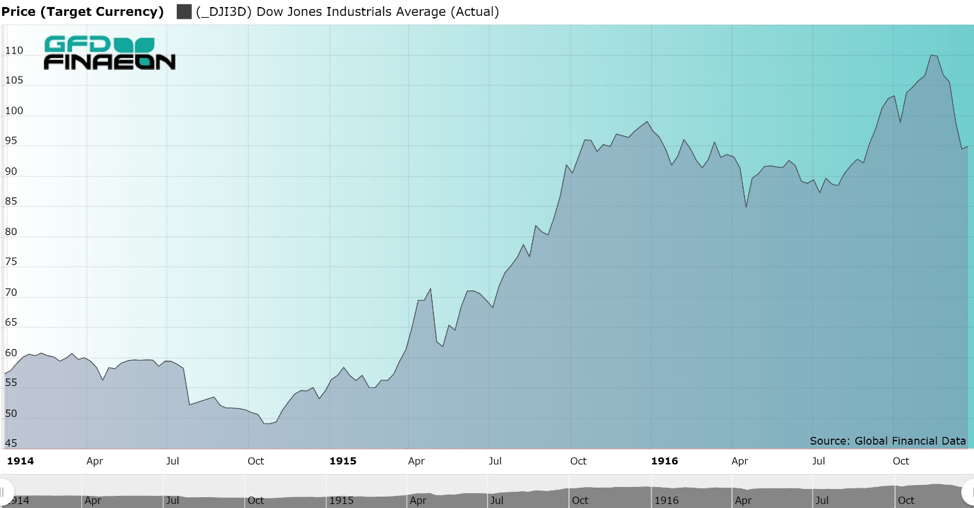 Figure 1.  Dow Jones Industrial Average, 1914-1916 There was a similar result for the Dow Jones Rail Average (since renamed the Dow Jones Transportation Average), which fell even more dramatically in 1914, falling over 20% between its top in early 1914 and its bottom in November 1914.  The Rail Average, however, soon recovered and pushed toward new highs in 1916. 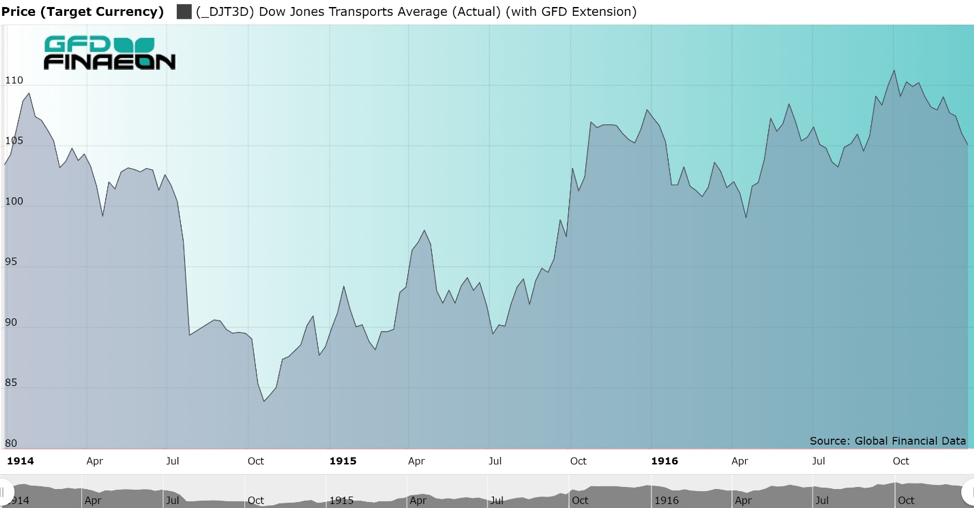 Figure 2.  Dow Jones Rail Average, 1914 and 1915   There are many similarities between the shutdown of the world’s stock markets in 1914 and the shutdown of the global economy that occurred after the Covid-19 pandemic began spreading around the world earlier this year.  In both cases, global trade was reduced by the war and by the pandemic.  There is great uncertainty about the long-term impact of the pandemic on the world, just as there was uncertainty about how the “Great War” would affect the global economy.  When the stock market recovered in 1915, many people felt that the stock market’s recovery had come too quickly, especially given the fact that the war was continuing in Europe.  However, the bull market continued into 1916. Building of a New Bull Many people are skeptical of the recovery in the stock market today. However, there is just as much evidence that we are seeing the beginning of a new bull market.  First, instead of seeing the March Covid-19 decline as a bear market, we could also see it as a double bottom from a bear market that began in 2018.  The S&P 500 declined 19% in 2018 and 33% in 2020.  Figure 3 looks more like a double bottom for a new bull market than the beginning of a prolonged bear market. Some European markets are below where they were 20 years ago, and many European stock markets hit their highs back in 2018 and failed to hit new highs in 2020.  A comparison of the S&P 500 and the MSCI EAFE Index is provided in Figure 4. The EAFE index was lingering below the January 2018 highs when the Covid Bear began in February 2020. Those markets have now been in a bear market for two years.  Now they are recovering. It should be remembered that the fastest recovery begins when a new bull market begins and this has certainly been true of the market since the March bottom. 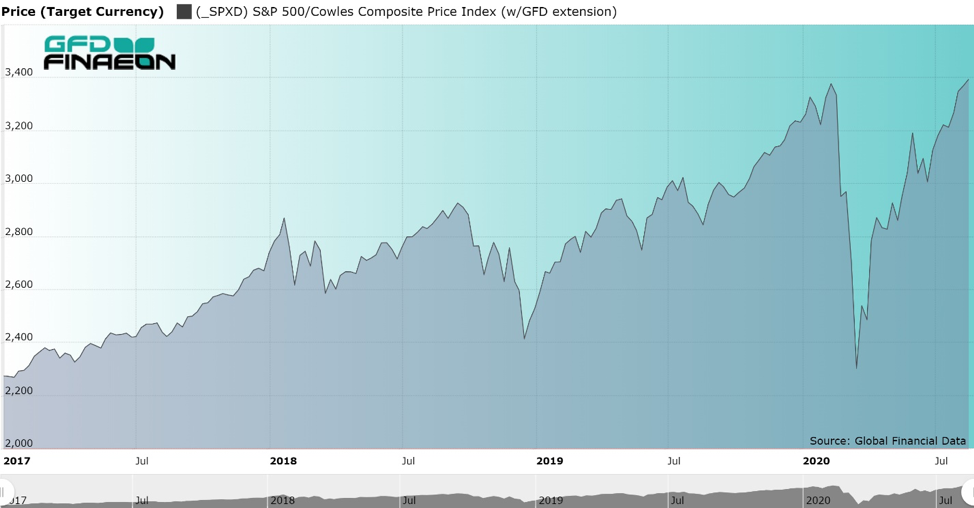 Figure 3.  S&P 500 Composite, 2017 to 2020 Second, there has been a shift in the sectors that are leading the new bull market. It is the internet stocks, FAANG stocks, health care stocks and other technology-based companies that have stimulated the NASDAQ index to new highs and the energy and finance stocks have been left behind. But there are skeptics. People have seen the recovery on Wall Street, but are still waiting for the recovery on Main Street.  But the recovery in Wall Street always precedes the recovery on main street. Many smaller firms are shutting down while larger companies which can rely upon the internet continue to grow. Many people see a bubble that may soon burst and return the stock market to the lows of March or even below that.  We doubt this will happen. A bull market climbs a wall of worry, and this is certainly true today.  The stock market has moved up so far so quickly that many investors worry it will blow up into a 1987-style market crash.  This is unlikely. 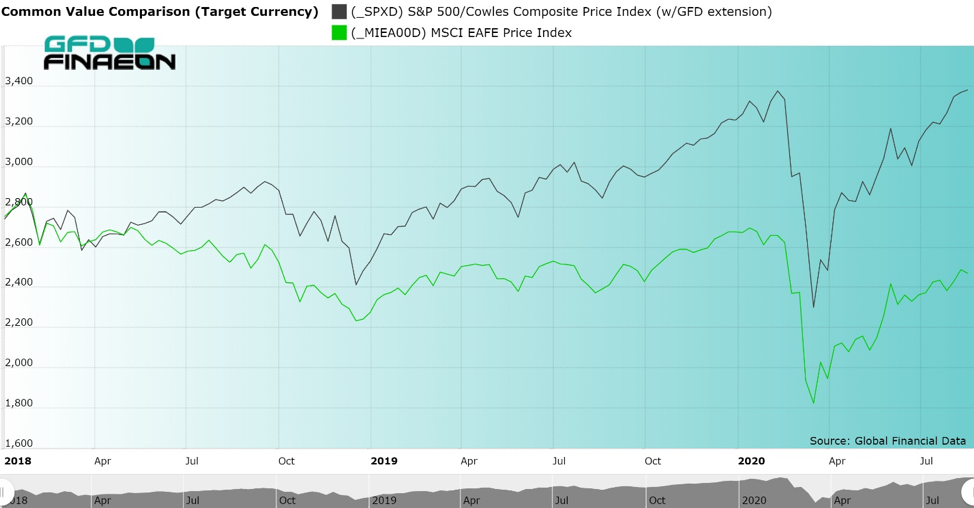 Figure 4.  S&P 500 and MSCI EAFE Index, 2018 to 2020 We disagree.  This is the start of a new bull market.  The bear market that just ended lasted two years, not one and established a double bottom before accelerating.  The bear in the United States market began late in the game, however it is the United States who is leading the recovery out of the Covid bear market.  There is no reason to doubt that this new bull market could last for several years and even reach new highs as we saw last week. Three points to remember: