The Stock Market and the Impeachment of Andrew Johnson 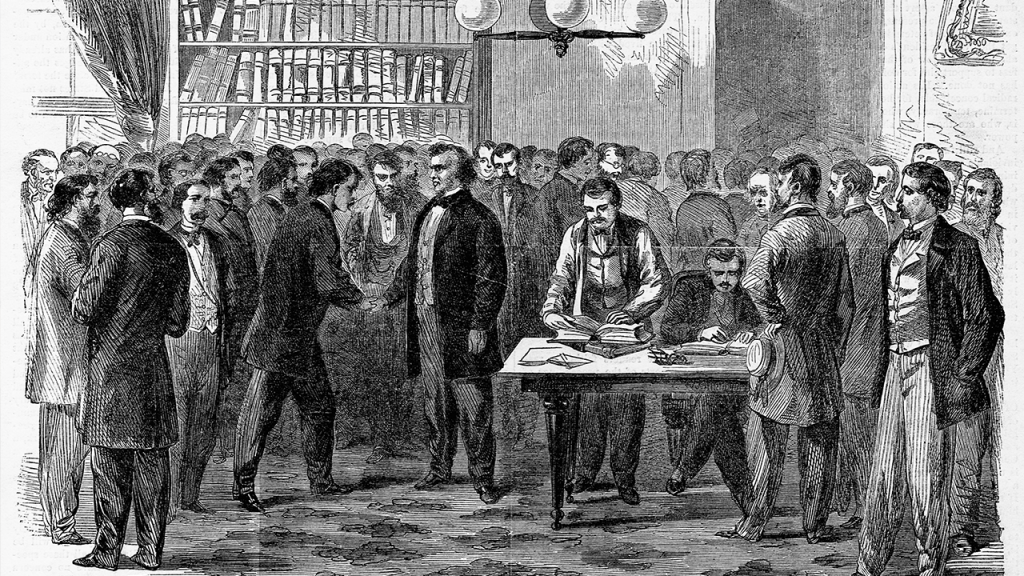 The impeachment of Andrew Johnson was driven by differences between the Radical Republicans, who favored reconstruction, requiring southern states to enact new constitutions, ratify the Fourteenth Amendment and guarantee voting rights for black males and those who were sympathetic to the defeated rebels.  Edwin M. Stanton was a staunch Radical Republican who had been appointed as Secretary of War under Abraham Lincoln and remained in office after Lincoln’s assassination.  To ensure that Johnson did not get rid of Stanton, Congress passed the Tenure of Office Act in 1867 over Johnson’s veto.  The Act required the President to seek the Senate’s advise and consent before removing any member of his Cabinet or any official who had required the Senate’s advise and consent before being appointed. Johnson suspended Stanton from office on August 5, 1867 and appointed Ulysses S. Grant in his place. The Senate reinstated Stanton in January 1868 and Grant resigned. On February 21, 1868, Johnson ordered the removal of Stanton from office and appointed Lorenzo Thomas as his successor.  On February 24, the House of Representatives voted 126 to 47 to impeach President Johnson on eleven articles of impeachment. The Articles of Impeachment were presented to the Senate on March 4, 1868.  The proceedings began on March 23 and the trial on March 30.  At the time, there were 54 members of the Senate representing 27 states.  The 10 Confederate states were not part of the Union. On May 16, the Senate voted on the Articles of Impeachment which required a two-thirds majority to pass and remove Johnson from office.  Three Articles of Impeachment were voted on and each were passed by 35-19; however, this fell one vote short of the two-thirds requirement and Johnson was not removed from office. The vote weakened the President at the expense of the Congress, but the failure to remove Johnson from office reduced the likelihood that a President could be impeached for purely political reasons. 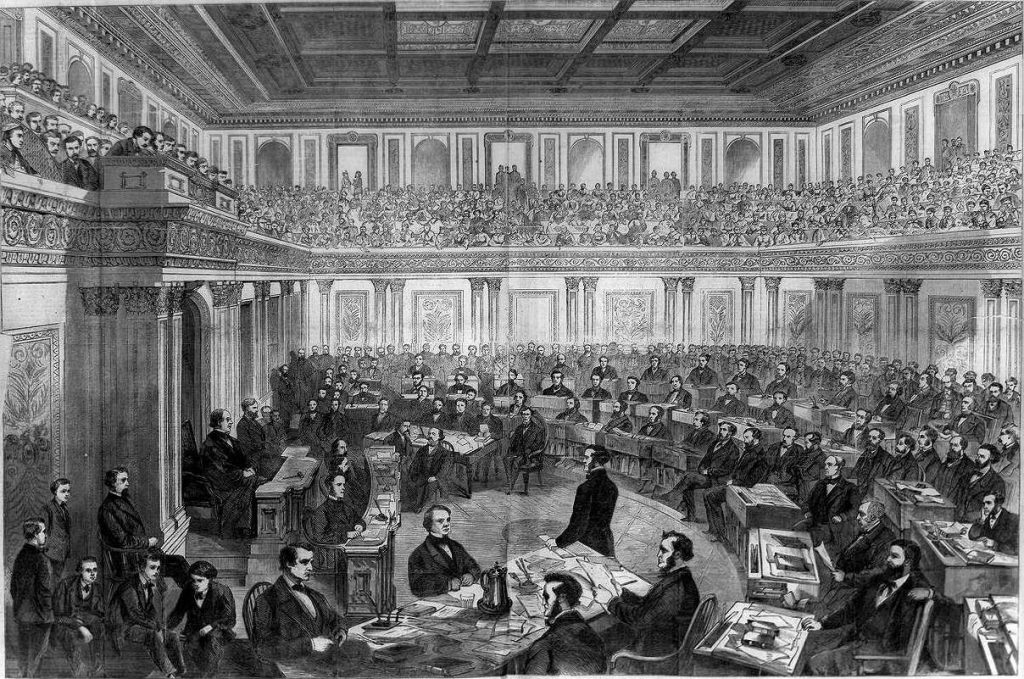 How did the stock market behave during the trial?  The GFD Rail index had begun the year at 11.07 and had risen to 11.65 by the time that Johnson removed Stanton from office on February 21. The market actually rose in price between then and March 4 when the Articles of Impeachment were presented to the Senate. The market declined until April 20 when the Rail Index dipped below 11; however, the market recovered to 11.66 when the first Senate vote failed to remove Johnson from office, and to 11.89 when the second vote failed to remove Johnson from office.  The market moved up from there, peaked on June 27, and declined after that. 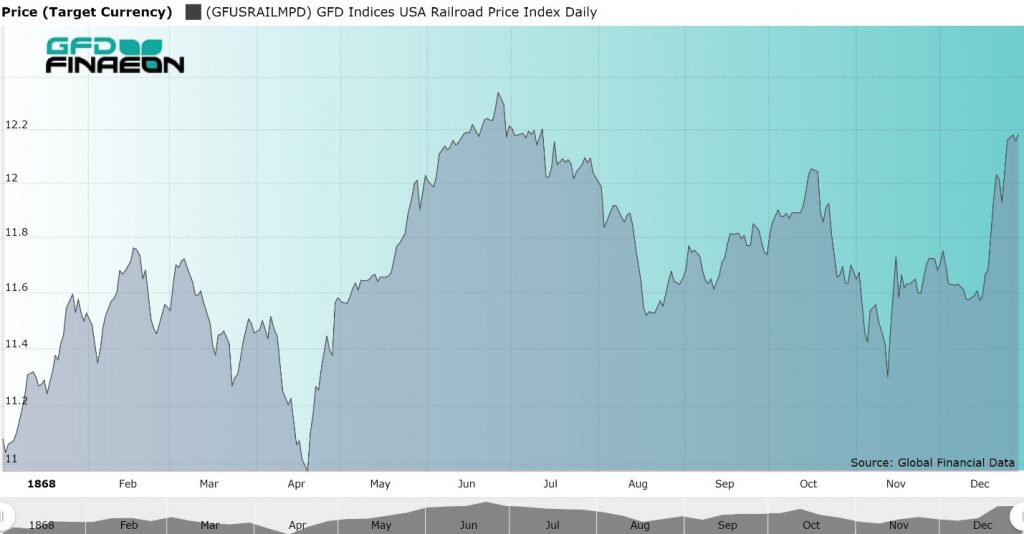 The failure to find Johnson guilty clearly impacted the stock market, driving it down in price while Johnson was on trial in the Senate, but rising in value as the Senate failed to remove him from office.  The Tenure of Office Act was repealed by the Senate in 1887.  As Lyman Trumball of Illinois, who voted for acquittal, noted, the failure to remove Johnson from office preserved one of the President’s most important rights – to disagree with Congress without there being any consequences. Because President Johnson was opposed by the Radical Republicans, he did not receive any support at the Republican National Convention, and Ulysses S. Grant was chosen unanimously as the Republican candidate on the first ballot.  Ulysses S. Grant went on to win the election in November and served as President for the next four years.