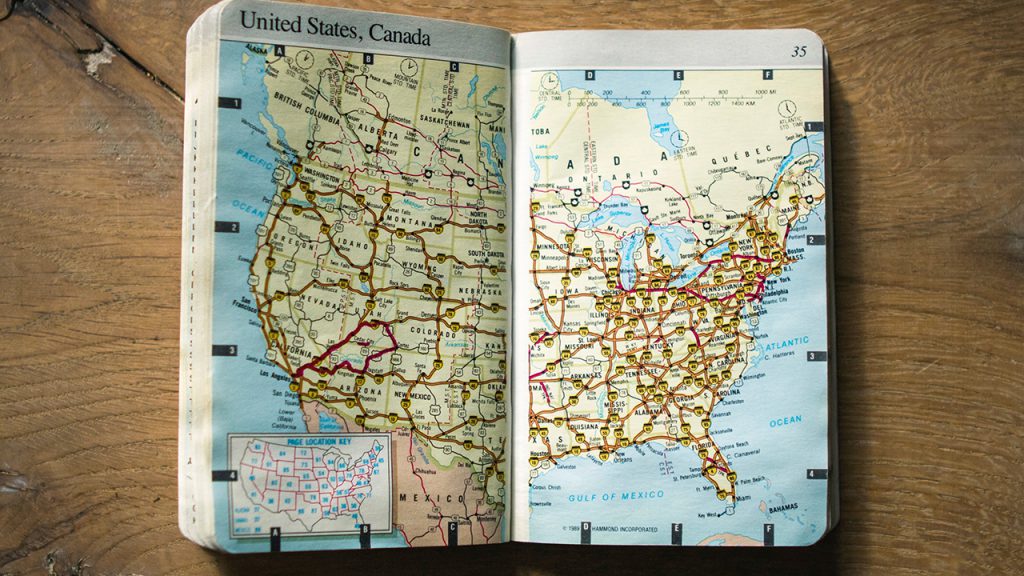 Abraham Lincoln Unites the East and the West

Many people believe that Abraham Lincoln was the greatest President of the United States. Not only did his steadfast leadership help the United States to survive the Civil War, but as President he pursued his vision of a united country, free from slavery and war. Lincoln’s vision of America went beyond winning the Civil War and freeing the slaves and extended to uniting the East and West by building a transcontinental railroad across the United States. As President, Lincoln was instrumental in approving the three routes that eventually crossed the continent to bring the two halves of the country together and ensure that the United States was a single country from north to south and from east to west. Lincoln approved three railroads, the Northern Pacific, the Central Pacific and the Southern Pacific. The Central Pacific was renamed the Union Pacific during the Civil War and on May 10, 1869, a “golden spike” was driven into the ground at Promontory Summit in the Utah Territory uniting the eastern and western tracks into a single transcontinental railroad. Although few people may realize it, Abraham Lincoln was intimately involved with helping the railroads to cross the continent even before he became President. Lincoln worked for the Illinois Central between 1852 and 1860, defending them in cases that were brought before the district court. He also argued and won three cases for the Alton &amp; Sangamon Railroad, which the Supreme Court found in favor of the railroads. The most important legal case he handled before becoming President was the Rock Island Bridge case in 1856 which brought him into the national spotlight. In 1858, the Lincoln-Douglas debates further enhanced his prestige, and in 1860, Lincoln became President of the United States. &nbsp;

Fifteen days later, on May 6, 1856, the Effie Afton steamship approached the bridge and blew its whistle. The draw span opened and the Effie Afton moved through, but two hundred feet after passing the bridge, the ship heeled to the right, struck the span next to the draw and caught fire. Both the ship and the bridge span were destroyed in the fiery calamity that followed. The next day the rest of the bridge caught fire and was completely destroyed. Supporters of riverboats proclaimed the bridge an impediment to the free navigation of the Mississippi. But supporters of the bridge raised questions. The Effie Afton typically ran between Louisville and New Orleans and had never ventured that far north. Rock Island is 400 miles away from Louisville. The owners of the Effie Afton claimed the collision had knocked over a stove igniting the steamship and producing the conflagration that destroyed the ship and bridge. Opponents thought the collision had been deliberate and the boat had been filled with inflammable objects to feed the blaze. When, a few days later, a banner appeared declaring “Mississippi Bridge Destroyed, Let All Rejoice,” the railroad owners grew even more suspicious.

Lincoln is Hired to Defend the Railroad

Captain John Hurd, owner of the Effie Afton, filed suit in the U.S. District Court at Chicago demanding $50,000 in damages from the Railroad Bridge Company for the loss of his ship and cargo. Hurd v. Rock Island Bridge Company focused the interests of the railroads against steamboats, of Chicago against St. Louis, of the North against the South. The nation watched the preparation for the court battle, and the result was the “battle of the century” as steamboats and railroads faced off in court.

The Rock Island Bridge Company hired Abraham Lincoln as the lead defense counsel for the ‘dream team” to defend the railroad from the steamboat interests. Abraham Lincoln was an experienced railroad lawyer who had worked on a steamboat as a young man. He had worked with the Illinois Central since 1852 and had won three cases for the Alton & Sangamon Railroad. He had also argued two cases in the U.S. District Court concerning the obstruction of navigable rivers by the construction of bridges, in one case representing the railroads, and in another case, representing the river interests.

Abraham Lincoln had been a riverman who had driven boats up and down the Mississippi. Lincoln traveled to Rock Island to collect the facts he needed to argue the case. He talked to a young boy whose father had helped build the bridge, and he collected information on the current, speeds, eddies and the traffic of the river. He reviewed Robert E Lee’s survey of the land and river. Meanwhile, the river interests put together their own “dream team,” headed by Judge H. M. Wead of Peoria, the best “river lawyer” in the state. The trial lasted fourteen days with contradictory evidence from both sides. In his closing argument, Lincoln told the jury that as a former riverman, he understood the importance of the riverboats and the romance of navigating the “Father of Waters” as captains referred to the Mississippi. Nevertheless, Lincoln said that the pilot had driven his boat as if there were no bridge there, that the starboard paddle was not working, and that under normal circumstances, no riverboat would have gotten so far out of the current as to hit the pier. Lincoln argued that one man had just as much a right to cross the river as another man had to sail up and down it. Lincoln continued for two days, concluding that the fate of the nation was at stake, and America needed railroad bridges to build the nation.
The jury deliberated for several hours and ended up tied with a hung jury. Since the jury lacked a majority, the judge dismissed the case and the railroad was victorious in the case. Abraham Lincoln had won the case and his vision of an America that stretched from east to west and from north to south had won.

The Bridge is Rebuilt

The Rock Island Bridge Company had wasted no time in rebuilding the bridge and in the year after the incident, 12,586 freight cars and 74,179 passengers passed over the new bridge. Before it would have taken weeks to get from Iowa to New York City, now it took less than two days.

The river interests continued to fight a losing battle against the bridge and all future bridges across the Mississippi. James Ward, a St. Louis steamboat owner filed suit in the U.S. District Court, asking it to declare the bridge a nuisance and order its removal, and on April 3, 1860 Judge John Love sided with James Ward, declared the bridge a nuisance and ordered it to be torn down. The railroad appealed the case and on January 30, 1863 in Mississippi and Missouri Railroad Company v. Ward, the Supreme Court reversed the lower court since the court’s writ only extended to the middle of the river. The court also declared that if Judge Love’s decision were accepted “no lawful bridge could be built across the Mississippi River anywhere; nor could the great facilities to commerce, accomplished by the invention of the railroads, be made available where great rivers had to be crossed.” The Supreme Court’s decision was reaffirmed in The Galena, Dubuque, Dunleith and Minnesota Packet Co. v. The Rock Island Bridge. A new double-decked bridge was built in 1872, replacing the original bridge, and the current 1,850-foot bridge was completed in November 1896 at a cost of $305,732.

Building on his fame from the 1856 Rock Island trial and the Lincoln-Douglas Debates of 1858, Lincoln was elected President of the United States in 1860. As President, Lincoln not only fought to bring the North and South back together, but he promoted the transcontinental railroad, supporting railways through the northern, central and southern states to bring together the East and the West. Lincoln wanted everyone in the North and the South to benefit from the transcontinental railroad. Lincoln won the Civil War, but on April 15, 1865, Lincoln was assassinated. His death was mourned by the nation and for the next three weeks, the country watched as the former President was laid to rest. Lincoln lay in state in the East Room of the White House on April 18, a funeral service was held on April 19 and his body was transported to the Capitol Rotunda where the body lay in state on April 20. On April 21, Lincoln’s body was transported to the train depot where a funeral train of nine cars awaited his body. The train slowly wended its way back to Springfield, Illinois traveling 1,654 miles, never exceeding 20 miles per hour. Along the way, funeral processions in several cities displayed the body of the slain President to mourners. The train retraced the route to Washington D.C. that Lincoln had traveled after he was elected President in 1860. The train stopped at Baltimore, Harrisburg, Philadelphia, New York City, Albany, Buffalo, Cleveland, Columbus, Indianapolis, Michigan City, Chicago and ended its journey in Springfield, Illinois where the President was buried. Millions of people viewed the train as it passed by and participated in the ceremonies of the funeral cortège. Although everyone realizes the importance Lincoln played in rejoining the North and the South together and keeping the United States a single country, few realize the role he played in bringing the East and West together to form a united continent. Lincoln spent his life promoting the transcontinental railroad because he knew it would create a truly united country.