A Century of Chinese Stocks and Bonds 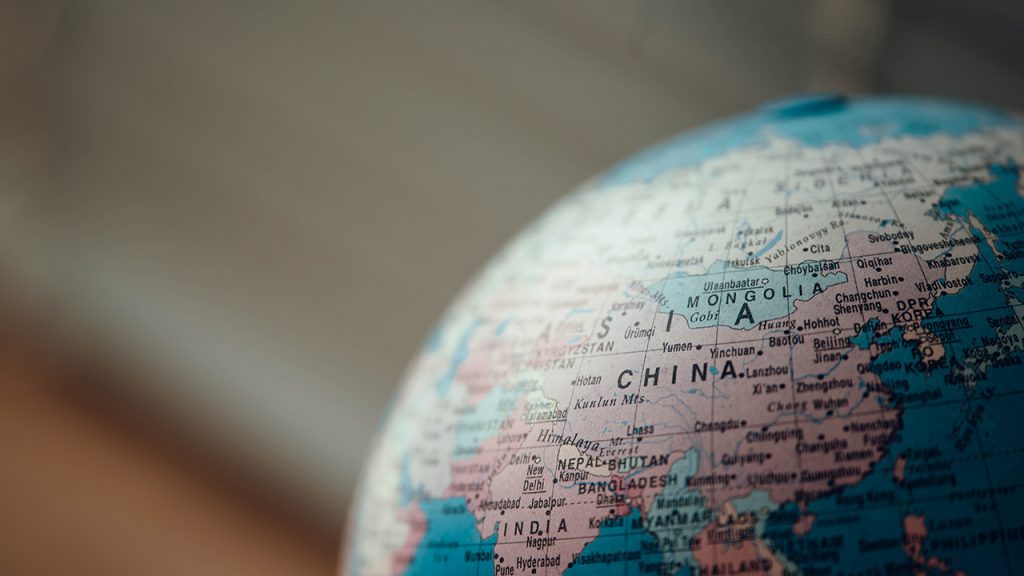 Global Financial Data has the most extensive database on historical stocks available anywhere in the world.  GFD has collected data on stocks that listed on the London Stock Exchange from the 1600s until 2018.  London was the financial center of the world until World War II, and many companies in emerging markets listed their shares on the London Stock Exchange before a stock exchange even existed in that country. After World War I, many companies listed on the New York Stock Exchange.  Using data from London and New York, we can calculate stock market indices for emerging markets during the 1800s and 1900s before stocks listed on local exchanges and local emerging market indices were calculated. This is one in a series of articles about those countries.

Shares traded in Shanghai before any trading of Chinese shares occurred in London.  The Shanghai Stock Exchange began trading in 1866 and included several banks and other companies. By the 1930s, Shanghai was the financial center of China with trading occurring in stocks, debentures, government bonds and futures.  In 1937, Japan occupied Shanghai, and on December 8, 1941, share trading in Shanghai was halted by the Japanese.  Share trading resumed in 1946, but was discontinued when the Communists seized power in 1949.  The stock market remained closed until November 1990 when the Shanghai Stock Exchange reopened.  Today, the Shanghai Stock Exchange is one of the largest in the world with $4 trillion listed on the Shanghai stock exchange. Wenzhong Fan has put together an annual index of stocks listed on the Shanghai Stock Exchange using data from The North China Herald that stretches from 1871 until 1940. The market index he created using this data is illustrated in Figure 1 above.  It would appear that stocks did very well after World War I, with the index rising in price to almost 20,000 providing an annual return between 1871 and 1940 of 7.9%, but this was primarily because of the inflation that ravaged China during the 1930s.  If the values are converted into USD as is illustrated in Figure 2 below, the returns are still positive, but the increases are much more moderate. The index provided an annual return of 2.35% between 1871 and 1940, not 7.9%. Although Fan’s index is based upon a larger sample of stocks than was available on the London Stock Exchange, the data are annual rather than monthly so GFD’s China indices can provide detail that Fan’s indices cannot. It is interesting looking at the sectors that are covered by the stocks that were listed in Shanghai to see both which sectors are included and which are excluded.  The major omission is railroads, which the Europeans wanted to build to exploit Chinese resources and the isolationist Chinese mandarins opposed. Between 1881 and 1895 only 18 miles of railways were built per year in China, but when the Chinese government realized how railroads could help the government put down the Boxer Rebellion between 1899 and 1901, a railway boom ensued, though one managed by the government for military purposes. By 1911, 6,000 miles of railway had been laid. However, transport stocks were not completely ignored in China. There are a large number of shipping, canal and dock companies that traded on the Shanghai Stock Exchange.  One unexpectedly large sector in Shanghai was Plantations since there were numerous rubber estates located around Shanghai. There were also a large number of finance companies, including banks, insurance and real estate companies as well as utilities, but no other sectors stand out as representing a large number of companies in China.   The Shanghai Stock Exchange was modest in size.  Starting off at $23 million in market capitalization in 1871, the market increased in size to $1.7 billion at its peak in 1925, but declined in size to $235 million upon its closure in 1941. This amount was just a fraction of China’s GDP because key sectors, such as railroads, were not publicly traded, and the companies that were publicly traded only existed in the main cities such as Shanghai and Hong Kong where foreigners were allowed to live and trade.

The data from London only cover the period from 1896 until 1930.  During that period of time, GFD’s index of Chinese shares, illustrated in Figure 3 below, rose from 100 to 158 on a price basis providing an annual increase of 1.36% and from 100 to 634 on a return basis providing an annual return of 5.58% and a dividend yield of 4.16%.  This compares favorably with Fan’s return of 4.54% during the same period of time. There was never a grass roots effort to develop the economy through capital markets or to integrate the Chinese economy with the rest of the world. The companies that were listed in London represented a handful of companies that tried to develop Chinese resources, not Chinese entrepreneurs trying to raise capital for domestic production.  It should be noted that by comparison, the market cap of Shanghai shares listed in London was only $35 million in 1925, but Hong Kong shares listed in London, mainly the Hong Kong and Shanghai Bank (HKSB), was $110 million.  Because of China’s isolation, British capital never played an important role in China outside of Hong Kong.
Only six stocks that were listed on the Shanghai Stock Exchange traded in London.  These were the British and Chinese Corp. (1909-1930), China Mutual Steam Navigation (1896-1900), Chinese Engineering and Mining (1907-1930), the Pekin Syndicate (1900-1930), Shanghai Waterworks (1923-1927) and Shanghai Electric Construction Co. (1924-1926). As is true of most emerging markets during this period of time, little return was provided by changes in the price of the underlying stocks.  Most of the return came from dividends that investors would have had to reinvest in the stock market.  The return index for Chinese Stocks is illustrated in Figure 4 below.

The Performance of Chinese Government Bonds

Probably the best long-run chart of Chinese finance is the price of Chinese government bonds that were listed in London.  As Figure 5 shows, Chinese bonds traded above par until the beginning of World War I in 1914, but after that, Chinese bonds began a fairly steady decline as the political situation in China worsened and China defaulted on its bonds.  Surprisingly, the declaration of the Chinese republic in 1912 had little impact on the value of Chinese bonds, but after the declaration of World War I, interest rates rose, and Chinese bonds declined in value with new lows in 1916, 1920 and 1927.
China defaulted on most of its sterling loans in 1924 and 1925.  The market recovered in the 1930s, rising above par and peaking in 1936, when an effort was made by China to rehabilitate these loans in 1936 and 1937.  However, the invasion of China by Japan in 1937 when the Japanese captured both Shanghai and Nanjing drove the price of Chinese bonds down since investors knew that little money would be available for paying coupons.  Chinese bonds rallied back between 1939 and 1945 as investors regained faith that the Allies would help China remove the Japanese from the country and enable China to deal with the default on their government bonds, but the civil war in China after World War II put paid to any chance investors were going to receive payment on the coupons, much less have the bonds redeemed.

The Hong Kong Stock Exchange was set up in 1891 when the Association of Stock Brokers in Hong Kong was established. It was renamed the Hong Kong Stock Exchange in 1914. The Hong Kong Stockbrokers Association was founded in 1921 and merged with the Hong Kong Stock Exchange in 1947.  Three new exchanges were founded between 1969 and 1972 and they all merged into a single exchange in 1986. The Hang Seng Index was introduced on July 31, 1964 and is still the benchmark for Hong Kong 54 years later, but what happened to Hong Kong Stocks before 1964? The GFD Hong Kong index included only two stocks in 1964, the Hong Kong and Shanghai Bank and the Indo-China Steam Navigation Co., but HKSB listed on the London Stock Exchange from 1868 until the present providing an incomparable set of data to analyze.   The bank stock’s performance between 1868 and 1969 is shown below in Figure 6 which illustrates over a century of stock prices in Hong Kong.  The expected peaks and declines can be easily picked out. The decline in the early 1890s was driven by the banking crisis in Hong Kong which occurred in 1890; however, the 1895 Treaty of Shimoneseki opened up the Chinese market to foreign investors and the stock market boomed for the next 10 years.  There was a rubber boom between 1909 and 1910 driving prices up, but the Revolution of 1911 which overthrew the Ch’ing Dynasty had little overall impact on the stock market. There was cotton speculation in 1919 and a second rubber boom in 1925, both of which are illustrated by peaks in the stock market index. However, in 1931, Japan invaded northern China, seized Shanghai in 1937, and the Shanghai Stock Exchange closed on December 5, 1941. The index performed relatively well during the 1940s, but collapsed in 1949 after the Communists took over China.  Once the threat of the Communists taking over Hong Kong receded, the index rose steadily until the 1960s when Hong Kong became the entrepôt for southern China. The London Stock Exchange listed shares in Hong Kong companies such as the Hong Kong and Shanghai Banking Corporation (1868-), China Submarine Telegraph Ltd. (1870-1873), Hong Kong and China Gas Co. (1865-1920) and Indo-China Steam Navigation Co. (1940-1952, 1956-1969).  Data on these four shares was used to put together the index provided in Figure 6. The index of Hong Kong Stocks rose from 100 in December 1868 to 680 in December 1968, providing an annual price increase over those 100 years of 1.94%.  The return index rose from 1 to 1300 during the same period of time, providing an annual return of 7.43% and an annual dividend yield of 5.38% over those 100 years.  Granted, the index primarily keeps track of one stock, the Hong Kong and Shanghai Banking Corp., but the bank did provide a consistent level of return to its shareholders.  If you compare the performance of Hong Kong stocks between 1896 and 1930 with those in Shanghai, the Hong Kong Shares returned 2.68% per annum and 8.72% after including dividends, clearly superior to the 5.58% total return that Shanghai stocks provided.

It is unfortunate that the number of Chinese stocks that listed in London is so limited, but it does provide us with insight into the performance of shares that would otherwise be unavailable.  One alternative would be to use the Far Eastern Economic Review to create a broad index of stocks between the end of World War II and the creation of the Hang Seng Index in 1964. Of course, the ultimate speculation, which can never be answered, is what might have happened if the Communists had never seized power in 1949.  The Taiwan Stock Exchange began operating on February 9, 1962 and helped Taiwan to establish its technological prowess in semiconductors and other areas of technology.  What if the Shanghai Stock Exchange had never closed in 1949? How different would China be today if the Kuomintang had defeated the Communists? Unfortunately, we shall never know.