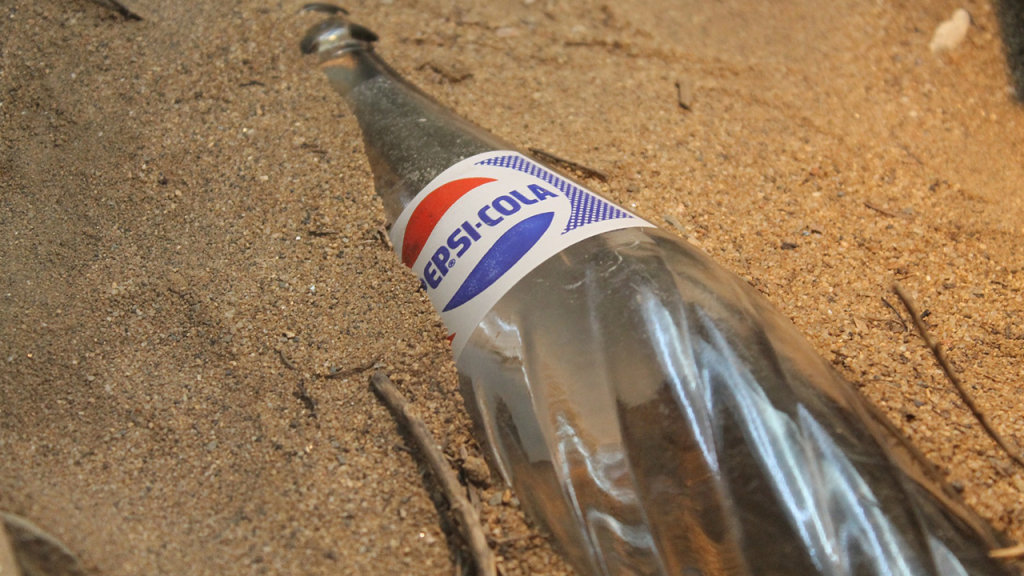 Today Pepsi is one of the strongest brands in the world with a capitalization of nearly $125 billion. But this wasn’t always the case. It may be hard to believe, but Pepsi was on the verge of bankruptcy during its first forty years of business. In fact, Pepsi-Cola’s financial situation was so bad that three times between 1922 and 1934, Pepsi-Cola approached Coca-Cola and offered to sell out to their competitor. All three times Coca-Cola rejected their offer. Coca-Cola’s rejections could be among three of the biggest marketing snafus in history, while Pepsi’s “12 ounce” jingle campaign turned out to be one of the most successful marketing efforts of all time. Not only did the campaign prove a success for Pepsi, but it revolutionized the soda industry as a whole. This case study is an interesting one indeed and shows how perseverance in the marketplace and promotional advertising can be worth billions.

First introduced in North Carolina as “Brad’s Drink” in 1893 by Caleb Bradham, the name was changed to Pepsi-Cola in 1898 mainly because of Pepsi’s secret ingredients. Digestive enzymes named pepsin and kola nuts were used in the creation of this special drink. However, when Bradham unsuccessfully speculated on wildly fluctuating sugar prices (shown below), the company faced bankruptcy.
A series of buyouts and structural re-organizations occurred between 1922 and 1934. In 1931, the National Pepsi-Cola Co. reorganized as Pepsi-Cola Co., selling its assets to Roy C. Megargel. After Megargel also failed to make Pepsi-Cola Co. profitable, he sold the company to Charles Guth, President of Loft, Inc. Loft, a candy manufacturer and retailer that owned Happiness Candy Stores had been around for 20 years prior to acquiring Pepsi . The Loft-operated Happiness Candy Stores had soda fountains and saw the marriage as a good fit.

Charles Guth wanted to cut costs at his soda fountains, so he tried to get Coca-Cola to lower the cost of their syrup. Coke refused, so Charles Guth turned to Pepsi-Cola. Guth bought an 80% controlling stake in Pepsi-Co. in September 1938, and had Loft’s chemists reformulate the Pepsi-Cola syrup. Guth then quit Loft, Inc. as President to run Pepsi-Cola Co. and sold the syrup to Loft, Inc., his former employer, at a profit. At the same time, Loft, Inc. was sliding into bankruptcy. The chart below shows how the price of Loft, Inc. sank to new lows in the 1930s: The company’s Happiness Candy Stores were consistent money losers and Loft, Inc. lost money on its candy for five years in a row. The Depression was so bad, not even candy could cheer people up! The chart below shows the desperate situation the company’s shareholders were facing in the late 1930s:

Where there are losses, there are law suits. Claiming that the companies had been mismanaged, shareholders sued Happiness Candy Stores, Inc. as well as Loft, Inc. Loft, Inc. sued Guth since he had used the finances and facilities of Loft, Inc. to help Pepsi-Cola, Co. succeed. Guth not only increased Pepsi’s profits by selling the syrup to his former employer, but he made one of the most brilliant marketing decisions in history. He had the excellent idea of packaging Pepsi-Cola in twelve-ounce bottles rather than 6.5 ounce bottles while keeping the price the same at five cents. Coca-Cola and other soft drinks were then sold in 6.5 ounce bottles at the same price. Guth introduced the clever jingle “Pepsi-drink for you”. As a result, Pepsi’s sales increased and profits doubled between 1936 and 1938. Pepsi stock soared, rising one-hundred-fold within two years, as shown in the chart below:
Loft, Inc. may not have been able to run a candy business or a candy store business profitably, but they did know how to win a lawsuit. When Guth v. Loft, Inc. was decided in Loft’s favor, the company was saved. The real question was how to turn all of these law suits for and against Loft, Inc. to the company’s advantage. E. A. Le Roy Jr., President of Loft, Inc., made a series of brilliant moves that not only resolved all of the law suits, but put Pepsi on the road to becoming a hundred-billion dollar company. First, Le Roy spun off the Happiness Candy Stores, Inc. He eliminated the $1.5 million owed to Loft, Inc. by Happiness Candy Stores, Inc., absorbed the candy store, of which the company owned over 70%, then spun the company off to shareholders as Loft Candy Stores, Inc. The loss-making candy business was eliminated from the company.
Next, Le Roy proposed that Loft, Inc. and Pepsi-Cola, Co. merge into a single company. With 95% of Pepsi-Cola Co. shareholders approving and 75% of Loft, Inc. shareholders approving, the merger was given the go ahead and on June 30, 1941, Pepsi-Cola Co. shareholders received 8.43 shares Loft, Inc. common stock for their old stock. Loft, Inc. changed its name to Pepsi-Cola Co. in a reverse acquisition. You have to admire how Le Roy Jr. handled the situation, getting rid of the loss-making candy business, the loss-making candy stores, settling several lawsuits with shareholders over mismanagement in a favorable manner, winning the lawsuit against the company’s former President for failing in his fiduciary responsibility, and organizing a reverse acquisition which turned a company that suffered losses year-after-year into a profitable company that has become a global brand recognized throughout the world. Giving away an extra six ounces for free was a stroke of genius on Guff’s part. Pepsi’s little jingle produced a hundred-fold increase in its stock price, rising from $3.25 in June 1937 to $350 in April 1940. Since Loft, Inc. changed its name to Pepsi-Cola Co. in June 1941, on a nominal basis, the stock has increased in price 130-fold. On a total return basis, $1 invested in Pepsi-Cola, co. on June 30, 1941 would be worth $10,000 today. The chart below, on a log scale, shows how PepsiCo stock rose after the acquisition of a controlling stake in Pepsi in 1938.
Compare this performance with that of Loft, Inc. whose stock had fallen from $25 in 1919 to $2 when the company established its 80% ownership of Pepsi-Cola, Co. The stock rose to $22 by the time the reverse acquisition of Pepsi-Cola Co. occurred on June 30, 1941. The story of the Happiness Candy Stores was similar, with its stock falling from $25 in 1919 to $0.125 in 1941 when the company ceased to exist.
As for Loft Candy Stores, Inc. where all of the assets of the Loft Candy and retail stores were placed and spun off, its stock traded at $0.50 on June 30, 1941, rising to $8 by 1946, subsequently falling to $3 by 1951, rising again to $14 in 1968, and settling at $0.25 in 1972 after the company changed its name to Briarcliff Candy Corp. The company was dissolved in 1981. Below is a chart of Loft Candy Stores stock after the company was spun off:
Today, Pepsi is one of the strongest brands in the world. Had it not been for the decisions of Charles Guff and E. A. Le Roy Jr., Pepsi might have met the same fate of Loft Candy, to become something you only read about on the Internet. Of course, PepsiCo had to make many good corporate decisions over the past 75 years to bring the company to the point it is at today, but you have to admire the way Guth and Le Roy turned around a loss-making company to become one global giant. Along with Coca-Cola, Pepsi dominates the soft drink business worldwide and shows no signs of slowing down.