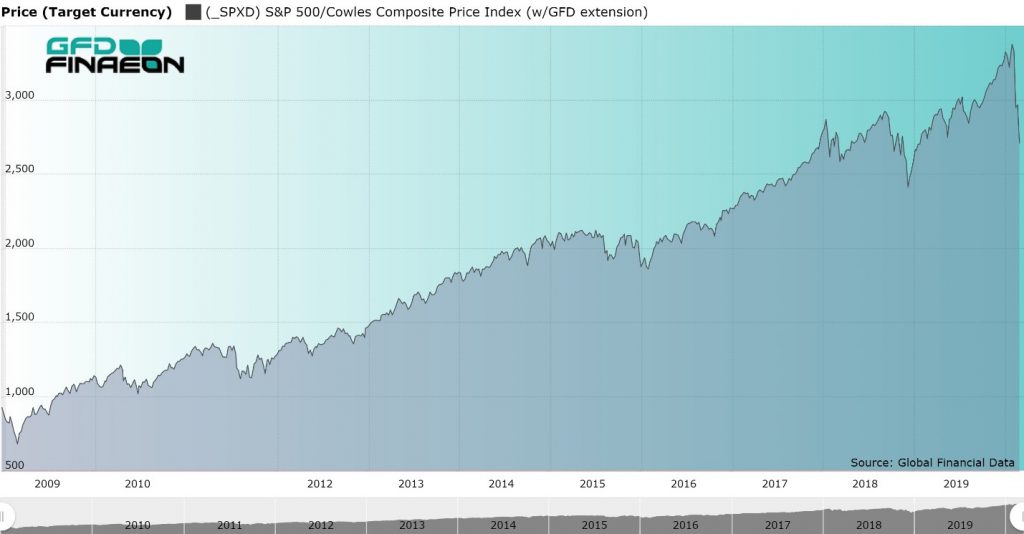 What is interesting about this bear market is how quickly it hit and how sharply markets throughout the world dropped in response to the Coronavirus epidemic. There was no gradual spread of this financial pandemic. It hit all the world’s stock markets severely and simultaneously.

Information of all the bull and bear markets that have affected the American stock market since 1792 and is provided in Table 1. For each market we have provided the date when the bull or bear market hit its top or bottom, the value of the index and the percentage decline in the bear market or percentage rise in the bull market.

Bear Stats are In

The question is, how much more is the stock market likely to fall before we reach a bottom? Will this be a short-lived bear market as occurred in 1987 and 1990 or a more extended bear market as occurred in 2000-2002 and 2007-2009? We certainly hope that the restrictions on travel, reduction in large gatherings, encouragement for social distancing and self-quarantine will be effective in reducing the spread of Covid-19 throughout the United States and the rest of the world so the stock market can regain its losses, build a bottom and begin another bull market. Afterall, who doesn’t love the raging bull?