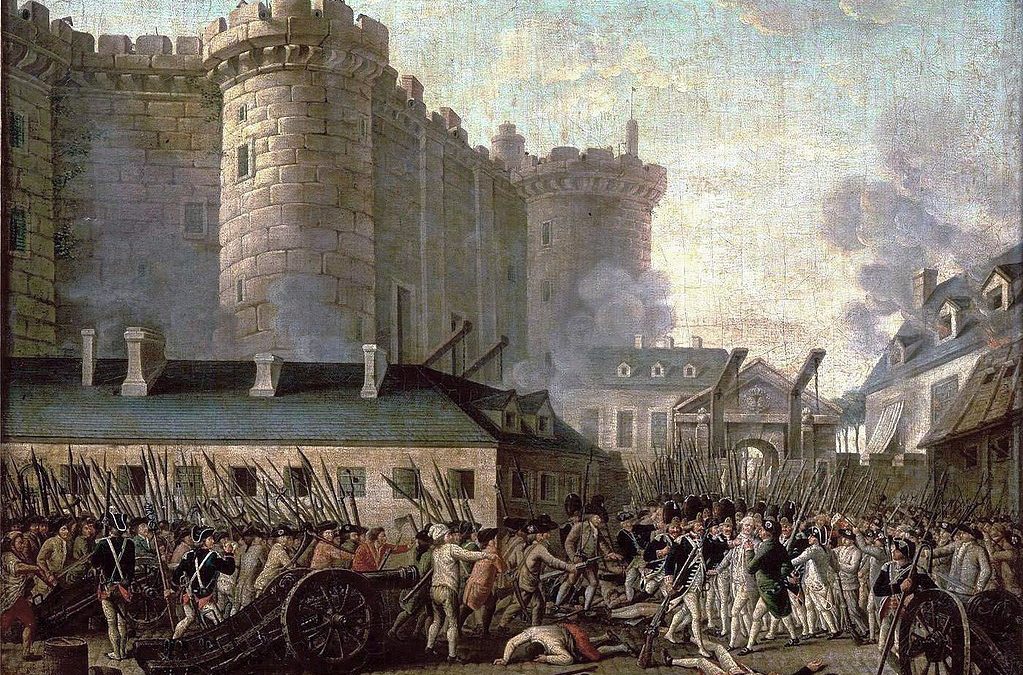 Investors and the French Revolution

Most people know the basic story of the French Revolution.  France’s aid to the United States indebted the nation leading to new taxes that fed a revolt against the king and the aristocracy. The Estates General was convened in May 1789, and on July 14, 1789, the Bastille was stormed marking the beginning of the French Revolution. The Declaration of the Rights of Man was passed and feudalism was abolished in August 1789. France became a republic in September 1792 and in January 1793, King Louis XVI was executed. A dictatorship gained power in 1793 under Robespierre and the Committee of Public Safety which introduced the Reign of Terror. In 1795, the Directory assumed control over France, suspended elections and repudiated debts. The Directory remained in power until 1799 when Napoleon Bonaparte overthrew the Directory in a coup and became the leader of France.

But what about investors?  How were they affected by the French Revolution? The king lost his head, but investors lost their money.

Few people realize how active the Paris stock market was during the 1700s. The Paris stock exchange was founded on September 24, 1724, though shares in the French East India Co. (Compagnie des Indes) had traded in Paris for years.   GFD has data on over 70 securities that traded on the Paris bourse in the 1700s.  This includes 15 common stocks in 7 different companies, one corporate bond, 50 different government bonds and 6 issues of scrip, all faithfully recorded from issues of the Gazette de France. And this ignores the fact that Parisian investors were also able to invest in stocks and bonds in London and in Amsterdam during the 1700s.

It is interesting to note that French East India Co. stock suffered more volatility during the 1700s than shares in either London or Amsterdam.  Compagnie des Indes shares rose over 4000% during the bubble in 1718 and 1719, only to lose 99% of their value during the crash that followed. There were five bull markets in which shares rose by over 90% in Paris in the 1700s and three bear markets in which shares fell by over 50%.  The Paris stock exchange was not for the feint of heart.  The rise and fall of Compagnie des Indes shares are illustrated in Figure 1.

The Paris stock exchange was formally closed on June 27, 1793 and all joint-stock companies were banned on August 24, 1793. But once the joint-stock companies were shut down, who would dispose of the assets of the companies? French East India Co. officials bribed government officials so the company, rather than the government, could oversee its liquidation, but once these bribes were uncovered, several of the company officials involved were arrested and later executed. The liquidation of the company produced only three ships which were liquidated in July 1795, and as a result, shareholders in the Compagnie des Indes lost virtually everything.

Bondholders met a similar fate. France defaulted on its pre-revolutionary debt in 1796, giving shareholders 1/3 the value of their old bonds in new 5% consolidated bonds which didn’t pay any interest until 1802.   A similar loss occurred to Dutch shareholders, who also lost 2/3 of the value of their bonds.  English bondholders suffered no default.

Investors were decimated by the French Revolution.  Bondholders lost 2/3 of the value of their bonds, and the French Revolution officially abolished joint-stock companies in 1793.  Investors received very little compensation for their shares. Officials caught up in the bribery scandal in 1793 lost their lives. The Assignats, which were issued during the revolution, became almost worthless during the inflation that ravaged France.  After inflation, 100 Francs in Assignats in 1789 were worth less than 5 centimes by 1796. More people were put to death for counterfeiting the eventually worthless Assignats than for any other crime committed during the French Revolution.

Just as the ancien regime collapsed during the French Revolution, so did the country’s finances.  Investors were unable to sell their shares and bonds and fled to England where, at least, they wouldn’t lose their lives. As the Napoleonic Wars dragged on, other countries defaulted on their debts. The Swedes, Dutch, Portuguese, Spanish and Russians all suspended interest payments at some point during the Napoleonic Wars.  Only English finances survived the Napoleonic wars intact.

After Napoleon gained power during a coup on November 9, 1799, he worked to rehabilitate France’s finances. Napoleon replaced the Livre Tournois with the French Franc.  The 5% Consolidated Bonds were issued to replace outstanding French debt. Initially, the price of the bonds sank to 9.25 at the end of 1798, but once the government started paying interest, the price of the bonds recovered and the yield on the bonds fell as is illustrated in Figure 2.  Napoleon established the Banque de France in 1801 to provide France with a central bank similar to the one that England had.  The company’s shares became the largest joint-stock company on the bourse and traded in Paris until the bank was nationalized in 1946.

The re-establishment of France’s finances was a success. Between 1800 and 1914, Paris was the center of finance in continental Europe providing shareholders and bondholders during the 100 years before 1914 with one of the highest returns of any European country.

Investors and the French Revolution