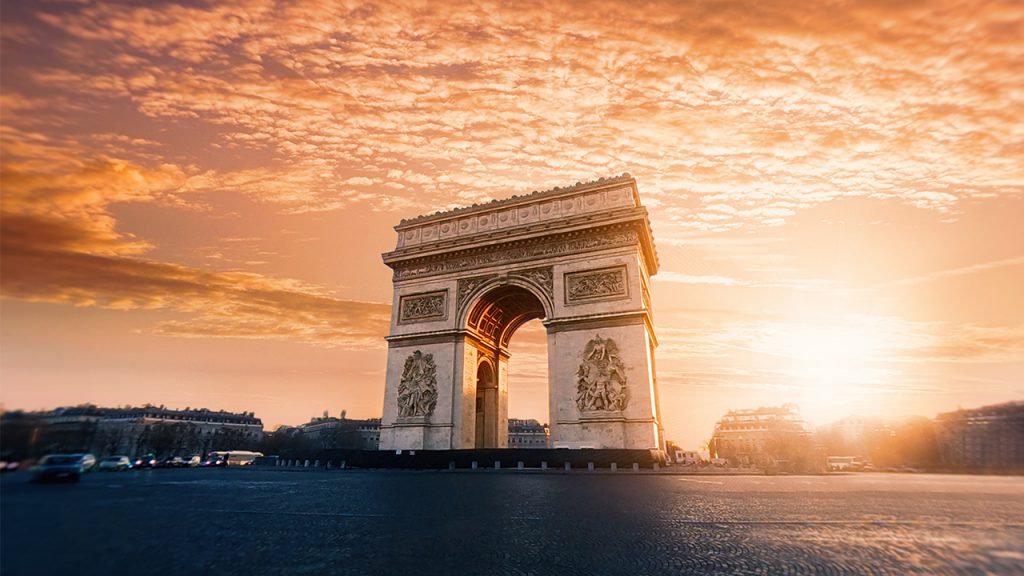 With the first round of French elections only one week away, it is important to remember that the results could have a profound effect on investors. Currently, four of the eleven candidates could move on to the second round on May 7 which will determine who will be the next President of France. The four main candidates are pro-market Fillon, nationalist Le Pen, socialist Mélanchon and centrist Macron. Europe and the rest of the world is eagerly awaiting the results because the winner could change not only France, but the rest of Europe for decades to come.

Many of the French have an aversion to capitalism, and the past performance of stocks in France easily explains why. The contrast between historical returns to investors in France and the United States have about as much in common as the four French candidates. Over the past 150 years, French investors have received some of the worst returns of any country on the planet. We have put together total return numbers for stocks, bond and bills using data from David Le Blis, who extended returns for the CAC-40 index back to 1854 for stocks, and Global Financial Data for bonds and bills. We have taken the French returns, converted them into US Dollars, and then adjusted for inflation. Data for the S&P 500 in the United States is available back to 1871. The table below compares 145 years of returns to stocks, bonds and bills in France and the United States.

If someone had invested $1 in France in 1871 and brought the money back to the United States in 2016, after inflation they would have had $2.14 if they had invested in stocks, $0.97 if they invested in bonds and $0.11 if left their money in bills. By contrast, if the money had been invested in America, they would have ended up with $7,758 from an investment in stocks, $24.12 from bonds and $4.30 from bills. If you think France’s poor returns are not one cause of the country’s left-leaning economic policies, you’re only fooling yourself.

To illustrate the impact that French elections and government policy have had on French investors, we can look at two events: the election of the socialist Léon Blum on May 3, 1936 and the “tournant de la rigueur” (austerity turn) instituted by François Mitterand in March 1983. Léon Blum led the Popular Front to victory in the French elections of 1936, which led to a series of leftist reforms that transformed the French economy. World War II began in 1939 and inflation reigned in France both during and after the war. The result was a disaster for French investors. Adjusting for inflation, 1 Franc invested on January 1, 1936 in French stocks, bonds and bills would have produced horrible losses over the next 15 years. After inflation, one franc invested in stocks in 1936 was worth 4.37 centimes in 1951, one franc invested in bonds was worth 3.88 centimes and one franc invested in bills was worth 3.26 centimes. In other words, no matter where you invested your money in France, you would have lost over 95% of your investment after inflation between 1936 and 1951. Although things improved after 1951 as France enjoyed its post-war growth, investors still received relatively lousy returns. In the 100 years before Mitterand introduced his austerity plan in 1983, French investors lost money no matter where they invested their funds. If investors had put 1 Franc in stocks, bonds and bills in 1882, 100 years later they would have been in tears. One franc invested in French stocks in 1882 left investors with 6.65 centimes after inflation 100 years later. If they had put their money in bonds, they would have ended up with 5.59 centimes and in bills 4.11 centimes after inflation. Over a 100-year period, French investors would have lost over 90% of their money after inflation no matter how they invested their money. Contrast this with the returns to American investors between 1882 and 1982. If American investors had put $1 in stocks in 1882, after inflation they would have ended up with $208 by 1982, $2.73 if $1 had been put in bonds and $1.18 if $1 had been put in bills. The graph below illustrates total returns to French investors in US Dollars after inflation.
When Mitterand was elected in 1981, he initially introduced left-wing economic policies which included nationalization, a higher minimum wage, a shortened work week and a 5-week vacation. The French economy went into a tailspin, and Mitterand’s reforms of March 1983 reversed these policies, attempting to control inflation through austerity and privatize portions of the French economy. For the first time in a century, French investors started to get decent returns. Between 1982 and 2016, French investors received average annual returns of 8.31% for stocks, 6.86% for bonds and 2.61% for bills after inflation. Contrast this against annual real returns between 1882 and 1982 of -2.67% for French stocks, -2.84% for French bonds and -3.14% for French bills. C’est incroyable!

Given the miserable performance of French investments, it is no wonder that the French are often the strongest critics of capitalism in the world. It should come as no surprise that Capital in the Twenty-First Century was written by Thomas Piketty from France. If investors in the rest of the world had suffered the lousy returns of the French, it would be a miracle if capitalism was left in any country. During the past 100 years, French economic policy has been disastrous for investors. But the fact of the matter is that in the past, the French electorate has elected leaders who showed little concern for investors, and they suffered as a result. The 2017 elections offer voters candidates who clearly differ in their economic policies. Let’s hope the French electorate understands that their choices do have consequences, and vote accordingly.