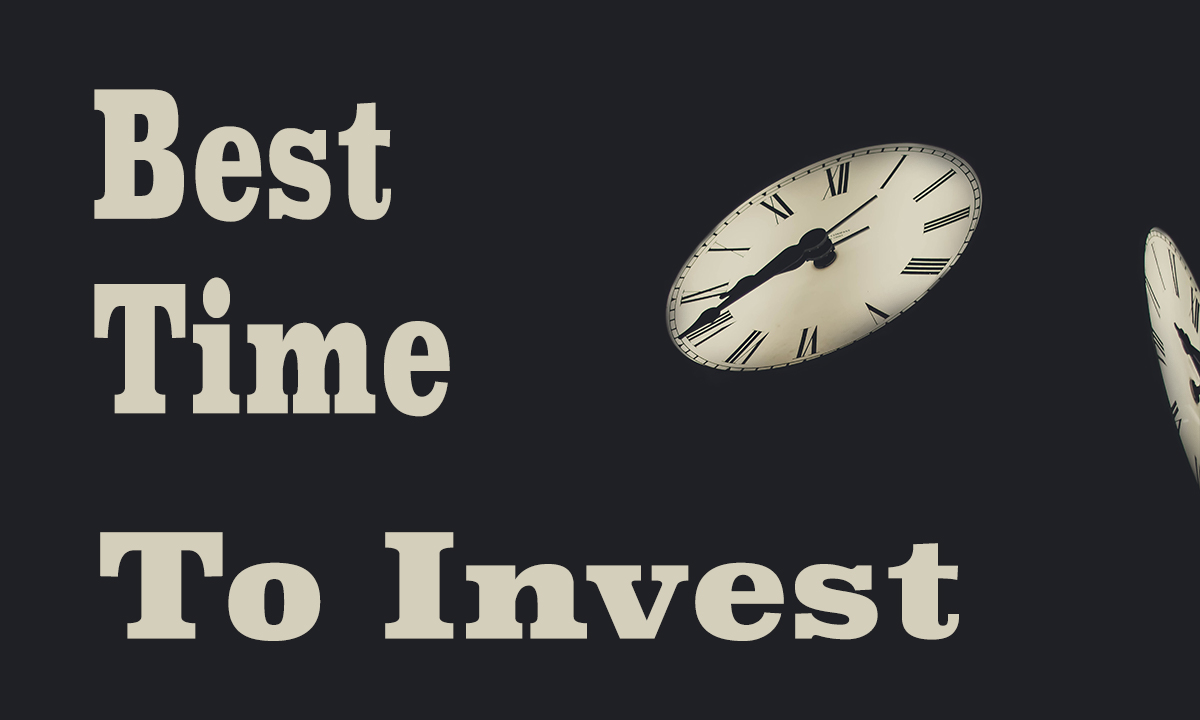 When is the Best Time to Invest in the Stock Market?

When is the best time to invest in the stock market?  That is a question everyone wants the answer to. Two people who tried to answer this question were Yale Hirsch and David Schwartz.  Both of them made an extensive analysis of temporal patterns in the stock market to determine whether you were better off investing in January or July.  Which were the best months?  Which were the best months or days?  Did these patterns change over time? Yale Hirsch began publishing the Stock Trader’s Almanac in 1968. The book catalogues day-by-day and month-by-month patterns in the stock market using data from the Dow Jones Industrial Average. Hirsch noted the January Barometer which said that as January goes, so goes the rest of the year, recognized that there was a “Santa Claus Rally,” found that November to April were the best six months of the year in the stock market, and noted the impact of the four-year Presidential cycle on the stock market. In the United Kingdom, David Schwartz published the Stock Market Handbook which uncovered similar patterns in the London Stock market using monthly data back to 1923 and daily data back to 1935. What neither of these analysts did was to see how these patterns behaved in different countries since the 1600s, primarily because they didn’t have access to this data.  GFD has created indices for the United Kingdom back to 1692, the United States back to 1792, France back to 1801, Germany back to 1835 and the World back to 1602.  We can now use this data to determine whether the temporal patterns that Hirsch and Schwartz analyzed in the 1900s in the United States and the United Kingdom exist throughout the world and over time. The Database We collected monthly data from the United Kingdom (from 1692), United States (1792), France (1801), Germany (1835), Japan (1914), Canada (1833) and the World (1692) to analyze temporal patterns in stock markets over the past 325 years.  Although this includes only six countries, historically, these are the most important six stock markets in the world.  Although we have data from other countries, some of which is monthly back to the 1800s, these countries were ignored for now. We calculated the monthly and quarterly returns for each of the seven stock markets involved, and then calculated the performance of each stock market by month.  This enabled us to determine what were the best months and worst months, best quarters and worst quarters, of stock market performance over the past 325 years.  We not only did this analysis for each country back to the beginning of their stock markets, but also back to 1900 so comparisons could be made between the countries involved using similar time periods. What we found was that the international results were similar to the results in the United States and the United Kingdom.  What worked in the United States and the United Kingdom generally worked in other countries as well. Long-term Results Table 1 measures the returns by month to the stock markets in six countries and the world index using all of the data that is available for those countries.  It should be noted that during World War I, stock markets closed in France and Germany. In Germany during the 1920s, a dollar index of the German stock market is used to eliminate the impact of hyperinflation on the results. The final column is an arithmetic average of the seven indices. Although the results vary from one country to the other, some patterns emerge.  The three best months are January, April and December.  The three worst months are June, September and October.

Table 1.  Monthly Returns by Country, 1692 to 2020          Another way to measure performance is by counting the number of years the market moved up in a particular month, the number of months the market moved down, and then calculate the percentage of months in which the market moved up out of the total.  The results are similar to the calculations that show the average increase in the stock index in any given month.  Again, the three best months are January, April and December, and the three worst months are June, September and October.

Table 2.  Monthly Percentages Up by Country, 1692 to 2020          In order to provide a more seasonal analysis of the performance of stock markets, we calculated returns over a 3-month period instead of just a single month.  Quarterly returns for each of the stock markets are provided in Table 3. If the best quarter for a country such as Canada says April, that means that February to April outperformed every other three-month period.  The best three months are the quarters ending in January, February and April.  The worst three months are the quarters ending in July, October and November.

Table 3. Quarterly Returns by Country, 1692 to 2020            We can also look at the percentage of quarters that moved up or down as well as the actual returns in each quarter.  This information is provided in Table 4. The best quarters ended in January, February and March.  The worst quarters ended in July, October and November.  The results are similar to the results for the quarterly returns.

Table 4.  Quarterly Percentages Up by Country, 1692 to 2020   Looking at the 1900s          We also looked at returns since 1900.  There were several reasons for doing this.  First, the start dates for data from the different countries ranged from 1692 until 1914.  By focusing only on data since 1900 we could get a more accurate comparison between the different countries.  Second, data before 1900 was often “thin” meaning that a small number of companies were used to calculate the changes adding to the volatility of the results.  Focusing the analysis can help us get a more accurate determination of what have been the best and worst performing months over the past 120 years. Table 5 provides data on monthly returns for each country.  January and April stand out as the best performing months for the stock market since 1900. Japan provided a phenomenal 3.6% average return in January, much better than the average 0.64% loss in October.  On the other hand, September and October are the months to avoid investing in the stock market. Those two months are the worst performers in all but France and Germany.

Table 5.  Monthly Returns by Country, 1900 to 2020   Table 6 provides information on the percentage of up months for each of the countries.  January and December are the two months providing the highest probability of providing a superior performance.  Again, September and October are the worst performers, providing the lowest probability of increasing of any month in the year.  It seems surprising that January would register as the worst performing month in the United States.  Compare the 70% January up rate in Japan with the 52% January up rate in the United States.

Table 6.  Monthly Percentages Up by Country, 1900 to 2020            If we move on to the quarterly data, we get slightly different results.  The rally that occurs between December and February clearly provides the best quarterly returns to investors.  Both November-January and December-February top out as the best performing quarters in the countries covered.  The 7.14% average return to Japan between December and February is phenomenal, much better than the 0.31% average loss between August and October. On the other hand, May to July and August to October are the worst performers in these countries.

Table 8. Quarterly Percentage Up by Country, 1900 to 2020   Conclusion Is there seasonality in the stock market? Since the 1960s when the Efficient Market Theory said that it was impossible to concoct strategies that could consistently beat the market, analysts have tried to find ways to outperform the market.  Both Yale Hirsch and David Schwartz studied seasonal factors in the stock market, concentrating on data from the United States and the United Kingdom.  But are their conclusions valid in other countries and over longer periods of time? We have expanded the analysis back as far as data is available for six countries with data from the United Kingdom beginning in 1692.  We have also added Canada, France, Germany and Japan as well as the World Index to the list of countries that are analyzed.  Our data reinforce the conclusions of Hirsch and Schwartz.  There are seasonality factors in the performance of stock markets both over time and in different countries.  The period around December and January provide the best returns of any months in the year while the period from May to September provides lower returns. Of course, returns will vary from one year to the next, but in general, these conclusions should hold in the future. Centuries of data simply can’t be wrong.  Although this analysis tells investors on average what their likelihood of a return is, there are still peculiar factors that affect each year’s results. In 2020, the spread of Covid-19 turned March into a poor performing month throughout the world.  Traditionally, March has been a weak performer and so March was weak in 2020.  April is usually a good month for stocks and so it proved in 2020 as well. Although recognizing the impact of seasonality in the market won’t guarantee that you will do well, an understanding of the performance of different months in the past can help you to improve your returns in the future.