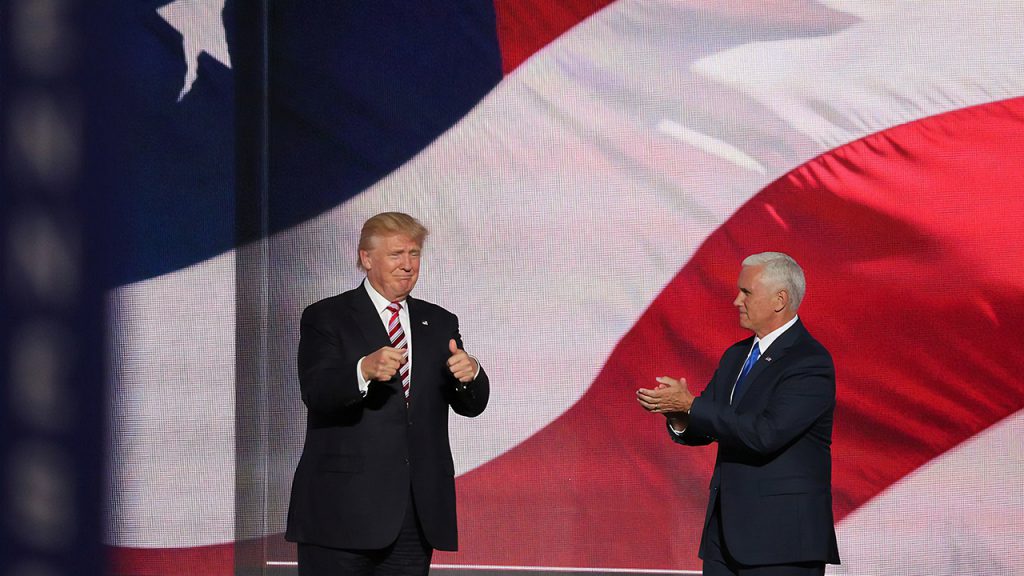 Donald Trump’s inauguration speech vowed to return protectionism in an effort to not only bolster employment, but to recapture positions that have migrated overseas. His initial defense against the outflow of American jobs to foreign countries is to raise border taxes on foreign goods imported into the US by renegotiating the NAFTA Agreement. Spearheading this charge is a specific tariff, and perhaps one might say, penalty, on Mexico, by levying a 20% fee on goods produced by Mexico. Rather than singling out a specific country, Trump should study the effects of the Tariff Act of 1930, otherwise known as the Smoot–Hawley Tariff, to see how this worked out for the economy in the past.
Signed into law on June 17, 1930, the Smoot–Hawley Tariff was sponsored by Senator Reed Smoot and Representative Willis C. Hawley and effectively raised tariffs on over 20,000 imported goods. The goal was to reverse early stages of the global economic contraction that started at the end of 1929. Congress sought to protect American workers, and particularly farmers, from foreign competition as a result of the rapid expansion of technology infiltrating the workforce. Cars, trucks, and tractors replaced horses and mules, and farmers saw a major decrease in the demand of their agricultural products, contributing to a surplus in farm produce. While demand fell, and supply increased, combined with foreign farmers saturating the US market, America suffered a period of over-production mixed with under consumption, culminating in a massive trade deficit. The snowball effect of the Smoot–Hawley Tariff was felt globally. US imports decreased by 66% from $4.4 billion (1929) to $1.5 billion (1933). Because foreign countries weren’t selling many products to the US, they responded by importing less from the US. Subsequently, American exports decreased 61% from $5.4 billion to $2.1 billion. Overall, world trade decreased by over 60% between 1929 and 1934. The graph below shows the decrease in US Nominal GDP from 1929 to 1934.
Unemployment was already high at 8% in 1930 when the Smoot-Hawley Tariff Act was passed as a result of the agricultural industries. But the law failed to tackle the true issues quick enough, and employment rates jumped to 16% in 1931, and 25% in 1932–33. The graph below shows the increase in number of people unemployed in the US from 1930 to 1933.
The Great Depression, which started in the US, cast a long shadow and its impact was felt by major trading partners across the ocean. The 1930s were plagued with stock market crashes, high unemployment, bank failures, poverty, and bankruptcy. Economists blame the protectionist ideology for many of the issues during this decade. After World War II, nations agreed to promote more free trade and stimulate global growth so as to avoid a second depression. If we can learn from this example, I would hate to see history repeat itself. Many global economies are still fragile from the financial crisis of 2008. Is Trump ready to put us in another one?