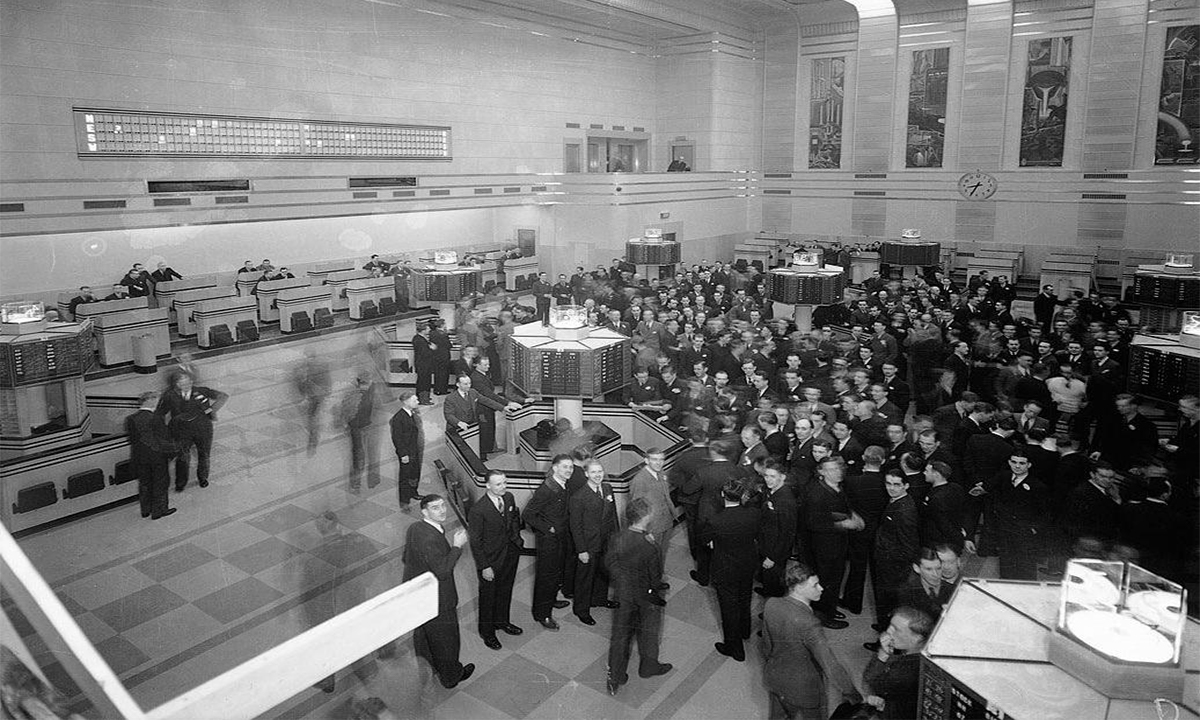 The Dow Jones Industrial Average (DJIA) is one of the three key indices that are used to follow the United States Stock Market.  Although it includes only 30 stocks and is an average of stock prices rather than a cap-weighted index of stock prices, it has been around since 1896 and along with the Dow Jones Transport Average, has more daily history than any other stock average in the world.  Price data is available for the four main indices with data back to 1896, the Dow Jones Industrial Average, the Dow Jones Transport Average, the S&P Composite and the GFD-100.  If we measure the annual returns for these indices from May 1896 when the DJIA began and May 2020, we find that the DJIA returned 5.59% per annum, the DJTA 4.21%, the S&P Composite 5.42% and the GFD-100 returned 6.19% Although the DJIA price index is referred to on a daily basis and includes daily data going back to 1896, the total return version of the index only began on September 30, 1987, when the DJIA was at 2596.28, Dow Jones decided to start calculating the Industrial, Transport, Utilities and Composite Averages on a total return basis using the value of the price index on September 20, 1987 as the base for the DJIA Total Return Index.  While the price index closed at 25383.11 on May 29, 2020, the return index closed at 58013.46, more than double the value of the price index. Is it possible to create a total return index that precedes 1987?  Of course it is. 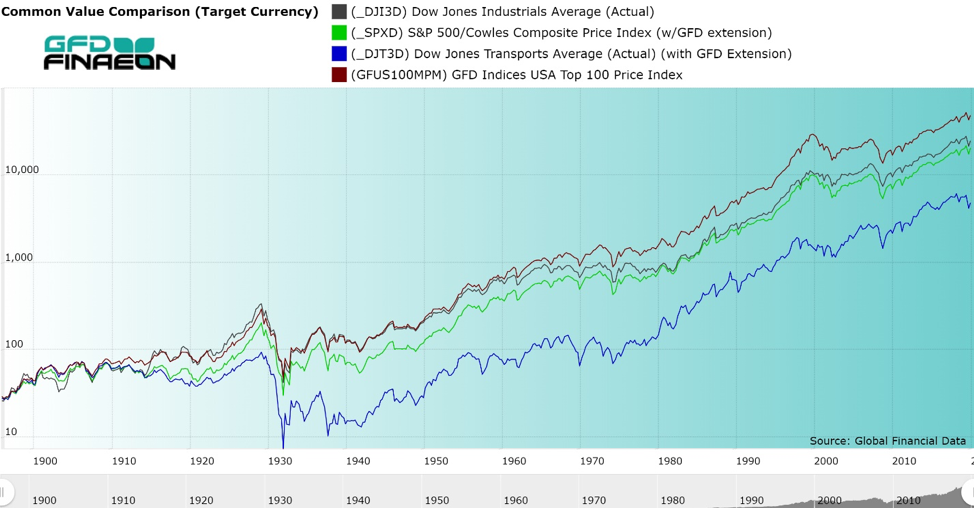 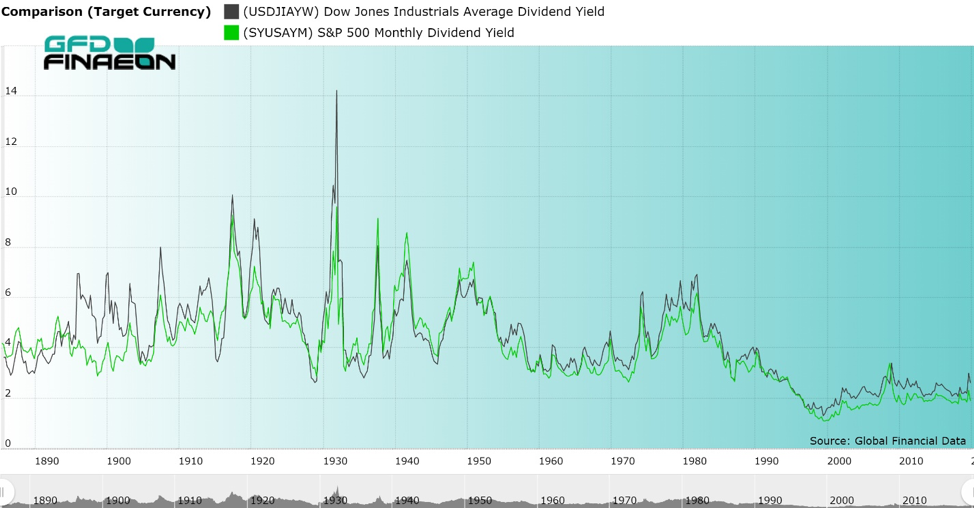 Figure 2.  Dow Jones Industrial Average & S&P Composite Dividend Yield, 1886 to 2020 The yield on the DJIA and the S&P Composite from 1886 until 2020 is illustrated in Figure 2. From 1890 until 1990, the yield averaged between 4 and 5 percent.  During periodic market crashes, the yield would rise, increasing to 14% in June 1932 at the height of the Great Depression.  The 1980s and 1990s saw a collapse in the yield as it declined from 6.99% in 1980 to 1.3% in 2000.  Since then, it has moved back up, hitting 3% in April 2020. All of this data is available to subscribers to the Global Financial Database.  The quarterly dividends can be found in the file USDJIADQ and the annual sum of the quarterly dividends in USDJIADM.  The dividend yield for the DJIA is available in USDJIAYW and the Total Return for the DJIA is available in _DJITRD.  We have calculated the index back to 1886 when the 12-stock index that included both railroad and industrials began.  We have used the 12-stock average up to July 1914 and the 20-stock Average beginning in August 1914.  The 30-stock Average begins on October 1, 1928.   Results          So what did we find out from all of this work?  We found that the Dow Jones Industrial Average outperformed the S&P 500 and the Dow Jones Transports but underperformed the GFD-100 Index. This is illustrated in Figure 3.  On average, including dividends, the Dow Jones Industrial Average returned 10.26% per annum between May 1896 and May 2020.  You can contrast this with returns of 8.40% to the Dow Jones Rail/Transport Average, 9.70% to the S&P Composite and 10.36% to the GFD-100 Index which includes the top 100 stocks in the United States each year regardless of its sector.  The DJIA clearly beat the S&P Composite on a total return basis. The differences between the two indices is not significant, but it is interesting that over a 124-year period, the differences in the return between the 30 stocks in the DJIA and the 500 stocks in the S&P Composite would be so small, especially given the fact that one is an average of stock prices and the other is a cap-weighted index of stocks. On the other hand, if you compare the DJIA and the Dow Jones Rails/Transports Average since 1889, as illustrated in Figure 4, you can see that the differences in the returns are significantly different. While the DJIA returned 10.26% per annum, the DJTA returned only 8.43% per annum.  Obviously, the sector you choose makes a difference. 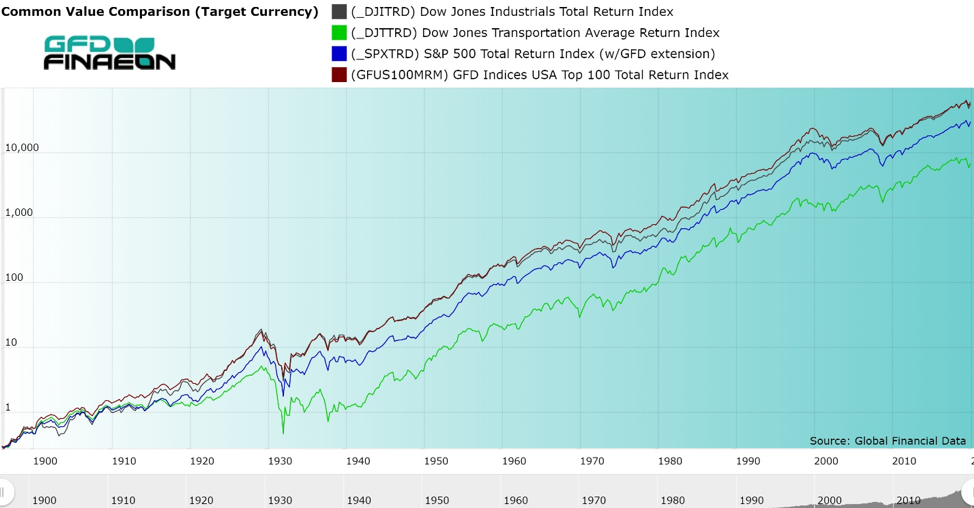 Figure 3. DJIA, DJTA, S&P Composite and GFD-100 Total Return Indices, 1896 to 2020 One of the most interesting discoveries of this research is how dividends have changed over the past 130 years.  This is illustrated in Figure 4. Up until World War II, dividends were extremely volatile, collapsing during the downturns that occurred in 1895, 1903, 1915 and the 1930s.  However, since 1945, dividends have followed a steady path upward, consistently rising almost every year.  The steady increase in dividends to companies in the DJIA has sustained the steady returns that investors have enjoyed. 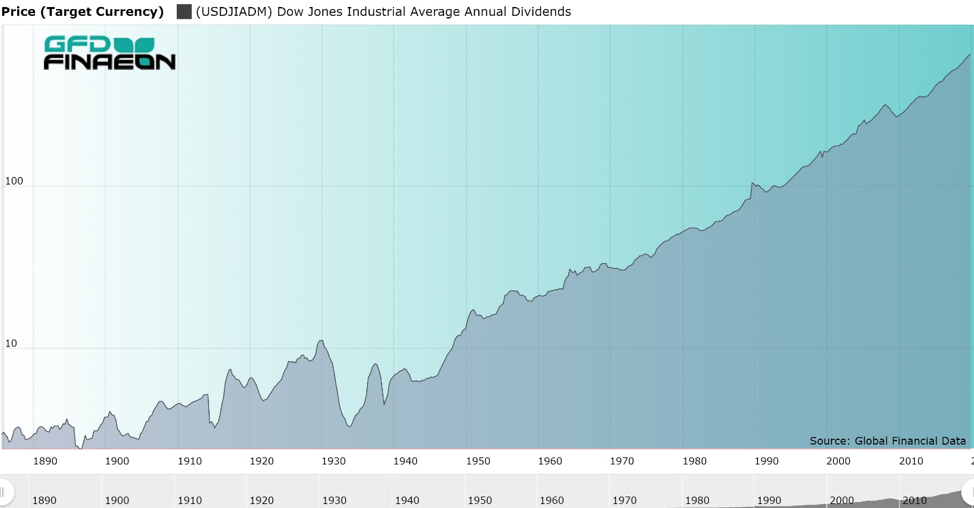 Figure 4.  Dow Jones Industrial Average Annual Dividend, 1886 to 2020   Conclusion Until now, no one has calculated the Dow Jones Industrial Average on a total return basis back to 1896.  Although data for the price index has been around for 125 years, data on the total returns have only existed since 1987 when Dow Jones first started calculating a daily total return index for the Dow Jones Industrials, Transports, Utilities and Composite Averages.  Although the Averages began as relatively simple indices to calculate, simply adding up the prices of the components and then dividing by the number of stocks that were included in the Averages, the impact of changes in the components, stocks splits, different pars, stock distributions and other corporate actions has made a relatively simple task quite complex.  Today, the impact of all of these actions are included in the divisor which changes whenever there is a stock split or a change in the components of the Average. If you compare the returns to the DJIA, the S&P Composite and the GFD-100, they are remarkably similar, even though you are looking at returns over a period of almost 125 years.  On the other hand, if you compare the returns to the Dow Jones Rails/Transports Average with the Dow Jones Industrials Average, the returns are significantly different.  The lesson to be learned here is that sector is more important than size.  US stocks have provided solid returns over the past 125 years and there is no reason to believe that this won’t continue to be true.