Three on a Match – the Death of the Leonardo of Larcenists 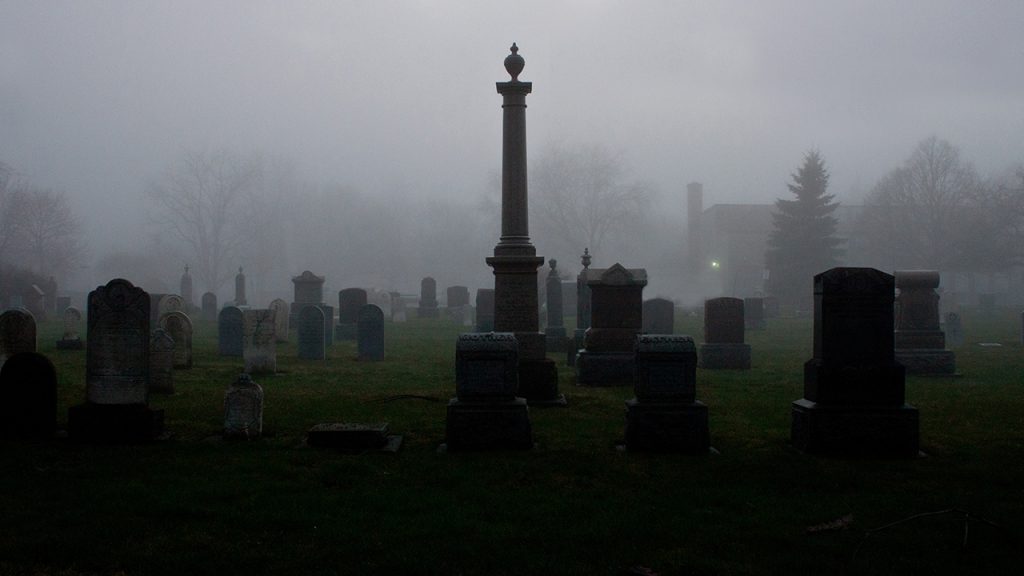 Ivar Kreuger was a financial genius, for better or for worse.

Kreuger was an industrial and financial genius who sought complete control over the operations of his global match conglomerate. At the height of his power, Kreuger ran a monopoly that controlled 75% of all global match sales. Kreuger succeeded, in part, by introducing innovations in finance that are still being used today, but which have also been used by companies such as Enron and others to deceive investors. His insatiable desire for complete control and the promises Kreuger made that couldn’t be kept led to the collapse of his company in 1932 and billions of dollars in losses to investors.

Ivar Kreuger got his start in the construction business, introducing new engineering techniques in Sweden that enabled him to win contracts to build the Stockholm Olympic Stadium (1912) and Stockholm City Hall (1913). He succeeded not only because he used the latest construction technology, but because Kreuger was able to complete these buildings on time and on budget. Unlike other construction companies, Kreuger promised to pay a penalty if buildings were not completed by the contract date. He also asked that he receive a bonus if the projects were completed early, which they often were. Kreuger was a wheeler and dealer from the beginning. He knew how to incentivize his clients to both win contracts and to profit from them.
Although successful in the construction business, Kreuger focused on developing the match company his family owned. He established AB Svenska Förenade Tändsticksfabriker (Swedish Match) in 1918 and spun off the construction business to expand Kreuger and Toll’s match business. Kreuger’s ultimate goal for the firm was the complete horizontal and vertical integration of the match business in Scandinavia, which he achieved. Kreuger took advantage of an innovation in the production of matches which the Swedes had introduced in order to triumph over his competitors. Kreuger and Toll replaced flammable and volatile yellow phosphorus with the safer red phosphorus. Since matches were needed to light any fires, demand was inelastic, and this created huge profit opportunities for Kreuger and Toll. During the 1920s, “three on a match” was a catchphrase that warned people against lighting three cigarettes with the same match. The superstition originated during World War I when matches were scarce. Soldiers would light three cigarettes with a single match, but it was rumored that this was long enough for a sniper to focus on the cigarette and kill the third smoker. A Hollywood movie was made in 1932 in which one of three childhood friends ignored the warning and paid the price. Cynics said the superstition was a fraud and Kreuger had spread the rumor just to increase match sales. No one would put it past him. Kreuger took over lumber and other companies that provided the raw materials for matches. He introduced innovations to increase efficiency in production, administration, distribution and marketing. In a few years, Kreuger had established his match monopoly in Scandinavia, and prepared to conquer the rest of Europe. Providing loans to a government in exchange for a monopoly is a European tradition. Monopoly power was the origin of the Bank of England in 1694 and the basis of John Law’s schemes in France in the 1720s. Kreuger learned the lessons of the past and used governments to build his empire. During the 1920s, Europe was recovering from World War I. European governments were desperate for money in the late 1920s, and just as Kreuger knew how to wheel and deal in the construction business to get contracts, he knew how to encourage cash-poor European governments to provide him with the match monopolies he wanted. Kreuger negotiated with governments throughout Europe by offering them loans in exchange for state monopolies. It was a classic win-win. Kreuger ended up loaning almost $400 million to European governments during the 1920s, and was hailed as the “savior of Europe.” Loans were made to Poland, Danzig, Greece, Ecuador, France, Yugoslavia, Hungary, Germany, Latvia, Romania, Lithuania, Bolivia, Estonia, Guatemala and Turkey. Kreuger was able to provide funding because he owned the Skandinaviska Kreditaktiebolaget in Sweden, the Deutsche Unionsbank in Germany, the Union de Banques à Paris, the Banque de Suède et de Paris in France, and the Bank Amerykański w Polsce in Poland. He worked with banks in Europe and in America, using the assets of Kreuger and Toll with the promise of future profits and dividends to negotiate these loans. Kreuger promised the world though he often didn’t even know where the money for loans to Poland, Germany or France would come from. One way or another, during the 1920s, the money always showed up. In addition to the match business and banks, Kreuger controlled most of the forest industry in northern Sweden, planned to become head of a cellulose cartel, and attempted to create a telephone monopoly in Sweden through his ownership of Ericsson. Kreuger also had a major interest in the pulp manufacturer SCA, the Boliden gold mining company and the SKF ball bearing manufacturer, real estate companies, movie companies, trading companies, and railroads. All of these were profitable businesses which allowed him to expand Kreuger and Toll at a rapid pace. Success bred even greater success.

Financial Innovations of the Leonardo of Larcenists

Kreuger, or the Leonardo of Larcenists as John Kenneth Galbraith referred to him, was able to achieve his rapid expansion because of his financial innovations and financial engineering. This enabled him to control how profits were reported, registering profits when none existed and shifting profits from one company or division to another to show a steady increase in profits. Kreuger wanted complete control. He created “A” and “B” shares for Kreuger and Toll, which enabled him to raise capital while not giving up power over his company. The “B” shares had the same rights to profits and dividends, but not the same votes. “B” shares had 1/1000of a voting right compared to an “A” share. Issuing different classes of shares to maintain control is commonplace today. In 2014, Google issued new shares that had only 1/10 of a vote of the original shares. Kreuger was able to attract additional capital to Kreuger and Toll by consistently paying a high dividend of 15% to 20%. When Kreuger and Toll issued American Depository Receipts (another innovation) for their shares in New York, they were able to raise tens of millions of dollars. Kreuger and Toll also issued convertible gold debentures paying 6.5%, a high rate at the time, which could be converted into common stock if the price of Kreuger and Toll stock rose. When Kreuger loaned money to governments he used binary foreign exchange options to protect his company from exchange rate fluctuations. These enabled Kreuger and Toll to specify in which currency, Dutch Guilders or United States Dollars, governments would pay back their loans. Kreuger always demanded payment in the stronger currency. Kreuger’s real innovation, however, was in using off-balance sheet entities to expand the company’s operations. Kreuger shifted losses into companies that were not included in the firm’s consolidated balance sheet so the company would always appear to enjoy growing profits. Kreuger differentiated between companies he had a majority interest in and ones he had a minority interest in. Profitable companies with a majority interest were placed on the balance sheet; companies with a minority interest were treated as investments. This enabled Kreuger to hide many of his loss-making investments from investors and competitors. The technique gave the company leverage which meant soaring profits in a bull market. But as Enron, Bear Stearns and Lehman Brothers were to discover decades later, this technique could also lead to large losses or even the collapse of the company when the market declined. Kreuger and Toll was not a Ponzi scheme. Profits were reinvested in Kreuger and Toll’s divisions and subsidiaries to maintain the growth and success of the company. However, because Kreuger and Toll was highly leveraged, Kreuger needed to constantly expand his operations to pay the high dividends his companies provided, to issue new loans to governments, to purchase new companies, to obtain new monopolies, to expand his conglomerate, and to show expanding profits to shareholders and stakeholders. Like a hamster on a wheel, Kreuger had to run faster and faster to maintain the appearance of success.

The Great Depression contributed to the collapse of Kreuger’s house of cards. When revenues and profits declined, Kreuger needed loans to keep his company going. Rumors began to spread that Kreuger and Toll was facing financial difficulties and the price of the company’s stock began to decline. As the graph below shows, the price of Kreuger and Toll “B” shares plummeted from 46 in March 1928 to 6 in September 1931 and traded around that level until March 1932 when the complete collapse of the company made the shares virtually worthless.
Kreuger had $650 million in capital on his balance sheet in 1932, which he used as collateral for loans and operations. Unbeknownst to anyone else, over $100 million of this was in Italian bonds which Kreuger had personally forged. Of his $400 million in “other investments”, $250 million turned out to be nothing but creative accounting. As rumors swelled and investors and governments began to demand answers, Kreuger scheduled a meeting with Ivar Rooth, chairman of the Swedish Riksbank, to negotiate a loan to save Kreuger and Toll. The two of them were to meet in Berlin on March 13, 1932, but on March 12, Kreuger was found dead in his room from an apparently self-inflicted gunshot wound to the head.
Shares in Kreuger and Toll immediately collapsed, falling from $8 to $0.50 on the New York Curb. In the end, debenture holders did get 43 cents on the dollar, but shareholders got nothing. Freely manipulating balance sheets was not uncommon in the 1920s and 1930s, but no one had pushed accounting to the creative levels of Ivar Kreuger. In part, it was because of Kreuger’s actions that the SEC, when it was formed a few years later, introduced the concept of generally accepted accounting practices to avoid the future fleecing of investors. This hasn’t prevented the deceit and lies of an Enron or a Bernie Madoff, but it has reduced the number of frauds. Kreuger was a flawed genius. The way he ran Kreuger and Toll, the collapse of the company seemed inevitable despite the monopolies and highly profitable businesses which made up his conglomerate. As Warren Buffett once put it, when the tide goes out in a bear market, you’ll find out who is swimming naked, and Kreuger, as it turns out, didn’t have a stitch of clothes to his name. Kreuger knew it, and when the game was up, he took his life, leaving investors to pick up the pieces.