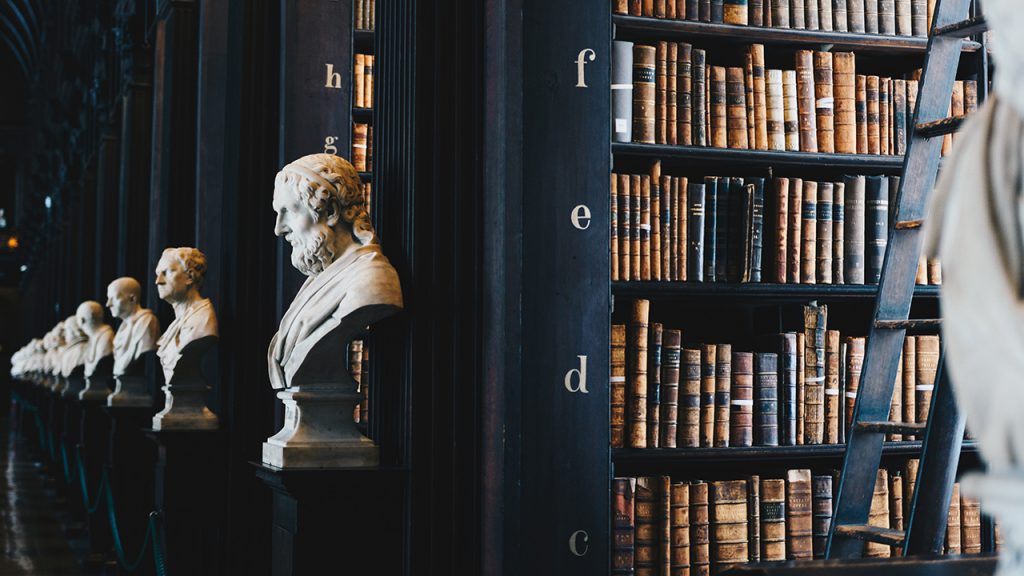 The first attempt at a stock corner in the United States came at the birth of the American stock market, occurring even before the New York Stock Exchange had been established. Instead, it occurred in trading at Philadelphia. In 1792, Philadelphia was both the capitol and the financial center of the United States. Consequently, it is not surprising that politics and finance intermixed to create the nation’s first financial panic and the first time the government stepped in to save the markets from themselves.

Alexander Hamilton and the Bank of the United States

Scrip on the Bank of the United States, which represented rights to buy full shares of stock, initially sold for $25 on July 1, 1791. To complete ownership, payments of $75 were due on December 31, 1791, $100 on July 1, 1791, $100 on December 31, 1792 and $100 on July 1, 1793. One-quarter of the payment had to be in gold, but the remaining three-quarters could be made in U.S. government bonds. By allowing three-fourths of the payment to be made in United States debt securities, the prices of U.S. government bonds immediately rose in price. U.S. government debt had been reorganized in October 1790 into the Sixes and Threes, at which point the Sixes traded at 70, and by July 31, 1791, the Sixes were trading at 100. Since Hamilton had taken over as Secretary of the Treasury, U.S. government bonds had risen in price from 25 back to par at 100. Fully-paid shares in the Bank of the United States were issued in August 1791, and they rose in price from 530 to 740 by the end of August, only to fall back to 524 by early October. Trading also occurred in the scrip of the Bank of the United States, which represented shares that had not been fully paid for (these later became half shares and three-quarter shares as payments became due). The scrip went on an even wilder ride, rising from 25 at the beginning of August to 249 on August 12, 1791, falling to 165, rising again to 207 on August 22, then sliding back to 121 by September 16. The speculation became known as the Bank Scrip Bubble of 1791. Within weeks of the issuance of Bank shares, the nation had gone through its first stock market bubble and crash.
The charter creating the Bank of the United States had set up the Sinking Fund Commission composed of Vice President John Adams, Secretary of State Thomas Jefferson, Attorney General Edmund Randolph, Chief Justice John Jay, and Secretary of the Treasury Alexander Hamilton, charged with resolving financial crises. The Bank Scrip Bubble provided the Commission their first test. Hamilton met with fellow members of the Treasury’s Sinking Fund Commission and persuaded them to authorize purchases of government securities in the market place to keep the prices of stocks and bonds from collapsing. Hamilton worked with William Seton, the cashier of the Bank of New York, to authorize the purchase of $150,000 of public debt in New York to be covered by government revenues. By September 12, Hamilton’s intervention had not only stabilized the market, but had also laid the groundwork for his cooperation with the Bank of New York, which would later be crucial in ending the Panic of 1792.

Duer and the “Six Percent Club”

The Society for Establishing Useful Manufactures (SUM) was established in 1791 to promote industrial development along the Passaic River in New Jersey, founding the city of Patterson in the process. The goal was to use the Great Falls of the Passaic River as a power source for grist mills. The company was the idea of Assistant Secretary of the Treasury Tench Coxe, and was charted in New Jersey under Hamilton’s direction as a type of public-private partnership. Hamilton asked William Duer, who had sided with Hamilton in The Federalist Papers, writing in support of the United States Constitution under the alias of “Philo-Publius,” to become governor and chief salesmen for the SUM. Duer was instrumental in helping to raise $500,000 in capital for the new company. William Duer was not only a master salesman, but a speculator as well. When Hamilton discovered that Duer had been a driving force in the “scripomania” which had driven the Bank Scrip Bubble, he sent Duer a letter admonishing him for speculating in bank scrip. Like any plunger, his failure in the Bank Scipr Bubble only motivated him to invest on a larger scale and to try and have greater control over the market to insure success. Duer organized a pool along with Alexander Macomb, a wealthy land speculator who had purchased the largest piece of property from the state of New York, and with other owners of shares in the Bank of the United States. They were known as “The Six Percent Club” since shares in the Bank of the United States paid a 6% dividend. Their goal was to try and corner the market before the next distribution of shares in July 1792 and sell the shares to European investors at a profit. Duer and the others bought the shares on time, in essence buying options, rather than buying full shares, so they could maximize their profit through leverage. The Bank of the United States finally opened in December 1791, and made use of its capital by making loans and issuing banknotes. This increased the money supply and helped to feed new speculation in bank shares and U.S. 6% bonds. The wild ride in shares of the Bank of the United States continued. Shares rose in price from 524 to 680 on October 26, 1792, fell back to 528 on December 17, 1791 and rose to 712 on January 4, 1792. Since the U.S. Government Sixes could be used to buy shares, their price rose in sympathy with the increase in the price of the Bank of the United States, rising to 129 on March 5, 1792.
Duer got others to invest with him, reportedly including a madam from one of the city’s brothels, who probably kept the money hidden in one of the well-worn beds, and cosigned notes with merchants to raise capital. Duer even withdrew $292,000 from the treasury of the SUM for personal investments and expenses to allow him to buy even more shares, an act that would later lead to his downfall. With the shares overvalued, a number of shorts formed a bear raid to push the stock price lower. The bears were led by Governor George Clinton of New York, an ally of Thomas Jefferson who was opposed to the Bank of the United States and to Alexander Hamilton. Anything Clinton could do to embarrass the bank or cause it to fail would help Jefferson and his cause. Clinton and his clique sold short all the stock they could to Duer.

By March, the banks started to face a credit crunch. Clinton and his clique began to withdraw large amounts of money from the city’s banks to create a credit shortage. Moreover, it was springtime when farmers began withdrawing money from the banks to pay for the crops they were planting. Oliver Wolcott, the comptroller of the currency, had discovered the deficiency of $292,000 at the SUM, which Duer acknowledged, and demanded repayment. Wolcott called upon the U.S. attorney in New York to sue Duer for the long overdue debt. Duer appealed to Alexander Hamilton to intercede on his behalf, but Hamilton refused, and on March 9, 1792, Duer failed to meet payments on some of his loans and Duer’s paper pyramid collapsed. With Duer and his pool no longer able to buy shares in the Bank of the United States, the price of the stock began a precipitous decline. On March 23, Duer took refuge in the New York city jail. Duer was soon joined in jail by two other members of the “Six Percent Club,” Walter Livingston (who is buried at Trinity Churchyard near Wall Street), who had cosigned over $200,000 of notes signed by Duer, and Alexander Macomb, who defaulted on $500,000 in stock he had purchased from the bears. By mid-April, with the Six Percent Club defaulting and the price of Bank of the United States stock collapsing, the country suffered its first financial panic. This delighted Secretary of State Jefferson, Governor Clinton and his allies, who were opposed to Hamilton’s attempt to centralize the finances of the United States. They would turn the Panic into political capital which they would use to undercut Alexander Hamilton. In response to the crisis, many banks tightened their credit, and in March and April, money began flowing to farmers to provide funding for their crops. From December 29 to March 9, cash reserves for the Bank of the United States decreased by 34%, prompting the bank to not renew nearly 25% of its outstanding 30-day loans. In order to pay off these loans, many borrowers were forced to sell securities they had purchased, which caused the price of stocks to fall sharply. The price of Bank of the United States half shares collapsed from 203 on March 3 to 146 on March 21 while the price of U.S. Sixes fell from 129 to 95. The price of stock in the Society for the Establishment of Useful Manufactures fell from 136.5 on February 8 to 30 on March 13, 1792. Duer had perpetrated the young nation’s first financial Panic and stock market crash, and he paid the price. Duer spent the rest of his life in debtor’s prison where he died on May 7, 1799.

Hamilton Steps in a Second Time

For a second time, Hamilton and the Sinking Fund Commission authorized the government to buy up government bonds to support their price and slow the collapse in prices. On March 26, and with only Jefferson dissenting, the commission authorized $100,000 in open-market purchases of securities to offset the credit crunch that was occurring.To get out of the financial crisis, Hamilton had the Bank of New York take several measures. Hamilton encouraged the bank to take loans collateralized by government securities, but to lend at seven percent instead of six.
Hamilton promised that the government would buy from the bank up to $500,000 of securities should the Bank of New York be stuck with excess collateral. Hamilton also supported lending by the Bank of Maryland and Hamilton authorized an additional $150,000 of open-market purchases by the Bank of New York. In essence, Hamilton followed Bagehot’s dictum, given eighty years later in his book Lombard Street to “lend freely, against good collateral, at a penalty rate,” acting as the lender of last resort for other banks. Nevertheless, in the elections in the congressional elections of 1792, Jefferson and his allies benefitted as voters expressed their disgust with Duer and his financial shenanigans. After the collapse was over, the United States began its first bull market, with stock rising in price until 1802. The outline of every financial panic that has happened over the past two hundred years occurred in the Panic of 1792: the wild speculation, the financial frenzy, the collapse that followed, and the intervention of the government to keep the rot from spreading. Despite everything the Federal Reserve, Congress, President, Stock Exchanges and other agencies may do to insure that financial panics are a thing of the past, this pattern will no doubt be repeated many times over in the century to come. Speculators as a specie will never die.