The Fiftieth Anniversary of JFK and the Great Salad Oil Swindle 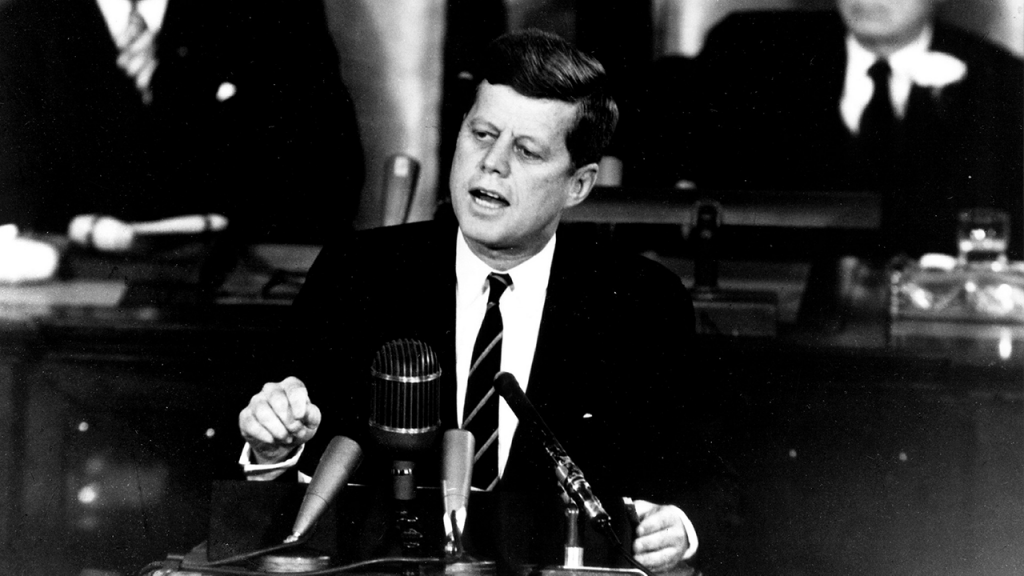 Fifty years ago, John F. Kennedy was assassinated on Friday, November 22, 1963 in Dallas, Texas. The assassination not only shocked the nation, but shook the stock market as well. However, very few people have heard about The Great Salad Oil Swindle which nearly crippled the New York Stock Exchange that weekend. Officials at the NYSE took advantage of the closure of the exchange to keep the crisis caused by the swindle from spreading further. Here is what happened at the NYSE while the nation focused on the President’s funeral.

The Great Salad Oil Swindle was carried out by Anthony “Tino” De Angelis, who traded vegetable oil (soybean oil) futures which was an important ingredient in salad oil. De Angelis had previously been involved in a swindle involving the National School Lunch Act while he President of the Adolph Gobel Co. When it was discovered that he had overcharged the government and delivered over 2 million pounds of uninspected meat, he and the company ended up bankrupt. Con-men don’t stop being cons, they just try to learn from their mistakes and make more money the next time around.
Tino de Angelis had learned that government programs were a way to make easy money, so he started the Allied Crude Vegetable Oil Refining Co. in 1955 to take advantage of the U.S. Government’s Food for Peace program. The goal of the program was to sell surplus goods to Europe at low prices. Initially, De Angelis sold massive quantities of shortening and other vegetable oil products to Europe, and when this worked, he expanded into cotton and soybeans. By 1962, De Angelis was a large enough player in commodity markets that he thought he could corner the soybean oil market, allowing him to make even more money. Always the schemer, De Angelis’s plan was to use his large inventories of commodities as collateral to get loans from Wall Street bank and finance companies.
Buying soybean oil futures would drive up the price of his vegetable oil holdings, which would increase both the value of his inventories and allow him to profit from his futures contracts. De Angelis could use these profits not only to line his own pockets, but to pay his staff, make contributions to the community, and in one case, pay the hospital bill of a government official. American Express had recently created a new division that specialized in field warehousing, which made loans to businesses using inventories as collateral. American Express wrote De Angelis warehouse receipts for millions of pounds of vegetable oil, which he took to a broker and discounted the receipts for cash. This proved to be an easy way to get money, so De Angelis began falsifying warehouse receipts for vegetable oil he didn’t have. American Express sent out inspectors to make sure that De Angelis had the vegetable oil that acted as collateral, but what they didn’t know is that many of the tanks were filled mostly with water with a minimum of oil floating on the top to fool the inspectors, or that some of the tanks were connected with pipes to other tanks so the oil could be transferred between tanks when the inspectors went from one tank to the other. If American Express had done their homework, they would have realized that De Angelis’s reported vegetable oil “holdings” were greater than the inventories of the entire United States as reported by the Department of Agriculture. Unsatisfied with the American Express loans, De Angelis was able to get additional loans from Bunge Ltd., Staley, Proctor and Gamble, and The Bank of America. By the time the swindle collapsed, De Angelis had gotten loans from a total of 51 companies.

When De Angelis got a large order from Spain, he started speculating in the futures market to increase his profits, but when the order was reversed, he decided to prop up the market rather than cut his losses. De Angelis pulled out all the stops. He forged warehouse certificates, stole warehouse certificates, kited checks and warehouse certificates, opened a new brokerage account at Ira Haupt & Co., and even attempted to bribe employees of other companies. You can’t hold up the market forever. Eventually, the whole house of cards collapsed. Inspectors were eventually tipped off about De Angelis’s fraud. Allied Crude was supposed to have $150 million in vegetable oil as collateral, but only had $6 million. When the inspectors found water in the tanks, and not oil, the gig was up. The futures market crashed. Soybean oil closed at $9.875 on Friday, November 15, at $9 on Monday and $7.75 on Tuesday, November 19, wiping out the entire value of the De Angelis loans. As you might guess, De Angelis’s company had been losing money all along, and the loans were used to cover these mounting losses. De Angelis’s goal was to sell out at the top and cover all of his losses, but of course, his plan didn’t work out that way. The crash of the soybean oil market in November 1963 is shown below.
On November 19, the Allied Crude Vegetable Oil Refining Co. filed for bankruptcy. No one should be surprised that millions of dollars were never accounted for. Fifty-one companies were stuck with bad loans from Allied Crude. Two of the brokerage houses whom De Angelis had used, Williston & Beane and Ira Haupt & Co. (which had been part of the famous Park & Tilford Distillers Corp. whiskey dividend scandal of 1946) were suspended from trading by the NYSE. These brokerages’ customers became desperate because they didn’t know if they would get back the money in their accounts.

A Nation Shocked, a Market Shaken

Warren Buffett Gets a Ten-Bagger

And what about Warren Buffett? As a result of the losses American Express suffered from funding De Angelis, American Express stock, fell in price from 65 in October 1963 to 37 in January 1964. Believing this was temporary, Warren Buffett began buying shares and established a 5% stake in American Express for $20 million. As indicated by the chart below, American Express made a ten-fold move between 1964 to 1973, marking one of his earliest windfalls. The differences between swindlers and investors are illustrated by Toni De Angelis and Warren Buffett. Toni De Angelis was a swindler and a con-man. He was good at cheating other people and cheating the system, but not at making an honest profit. He took advantage of government subsidies and programs, provided uninspected goods, cheated on his contracts, falsified reports, covered losses, embezzled money, and so forth. At every step he was trying to beat the system, and getting something for nothing, but as with any swindler, his scams eventually caught up with him. He went bankrupt twice, caused financial losses for thousands, and ended up in jail. Contrast this with an insightful, aggressive market player like Warren Buffett. The position he took in American Express was typical of the investing strategy that served him well for the next fifty years. He chose a well-established company whose stock price had temporarily declined. He took a sizeable position in the company, held onto it for many years, and profited. The Buffett method worked in 1963, and it continues to work in 2013 for savvy investors.