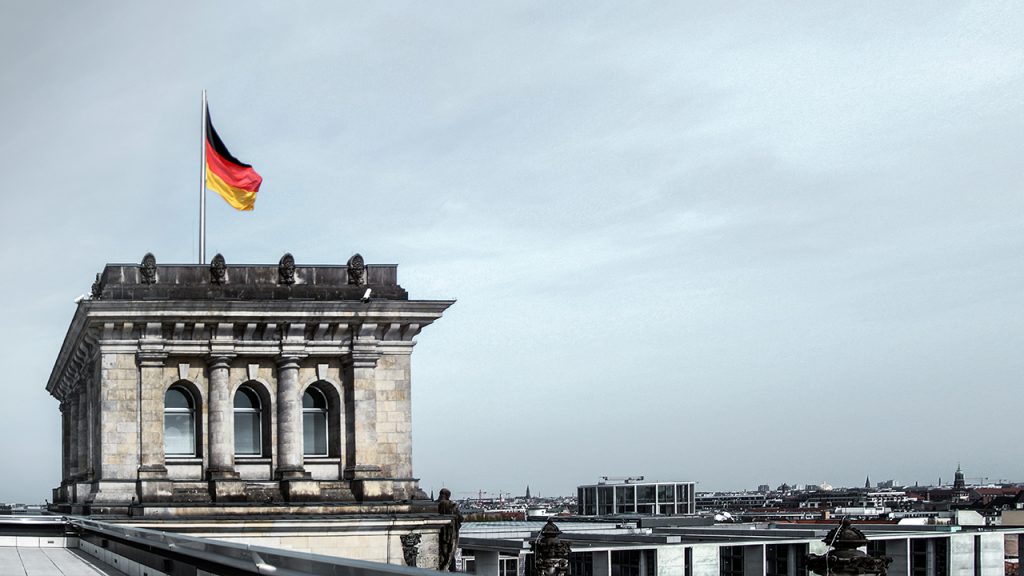 One question I often receive about the data for the Germany is why the German stock and bond indices had a 90% decline in June 1948. At first, people think there is an error in the data, but German shareholders actually did lose 90% of their capital as a result of the Currency Reform of June 20, 1948 when Reichsmark were converted into Deutschemark. Despite the loss, the reform benefitted shareholders. who were unable to sell their stocks at the fixed prices the Nazis had imposed during the war. Although the Currency Reform imposed an immediate loss on all shareholders and bondholders, the Reform helped West Germany to emerge from the economic collapse of World War II and begin the Wirtschaftswunder (Economic Miracle) that enabled Germany to enjoy the economic growth that occurred in the decades that followed.

During the 1940s, the German government organized its economy with one goal in mind: to win the war. As in the United States, the government made sure that all goods essential to the war were acquired by the government at a reduced cost. The prices of consumer goods were controlled in order to limit inflation, but the inevitable result was a black market in scarce consumer goods.Not only were price controls imposed upon goods, but price floors were introduced for stocks and bonds, preventing securities from declining in value. A bombed out factory isn’t worth as much as a fully functioning factory, and industry was run to aid the war effort, not to make profits. If markets had been left to themselves, stock prices would have declined as the tide of the war turned against the Nazis. Since prices didn’t reflect the values of the shares, stock markets froze and trading dwindled until it was almost non-existent. Price floors had been introduced during World War I in London, New York, Berlin and other countries for good reason. Although stocks traded at full price, market makers only had to put up a fraction of the cost of stocks, waiting until settlement days to balance their accounts. A steep decline in prices would have bankrupted many of the stock market’s traders, so the price floors were introduced to prevent panic selling. As a result of the price floors, trading in many securities stopped since no one was willing to buy shares for less than they were worth. Consequently, between January 1943 and June 1948 there was virtually no change in the German stock market index. The Nazi government remained in default on its own bonds until 1953, introduced multiple exchange rates, and imposed capital controls to stem the flow of money out of Nazi Germany.

The War Ends and the Economy Collapses

After the war ended in Germany, the economic situation got even worse. The money supply had expanded five-fold between 1939 and 1945, but prices of many goods were fixed. Although ration coupons were used to allocate some goods, the amounts rationed were insufficient to meet daily needs, and consumers were forced to turn to black markets.
After the war ended, the occupying powers replaced the Reichsmark and Rentenmark with a Military Mark. Although the western Allies tried to limit the issue of Military Marks to control inflation, the Soviets were more than willing to print extra marks to pay for the rising costs of occupation. For political, rather than for economic reasons, the Western Allies gave copies of the plates for the Military Mark to the Soviets who began printing excessive amounts of the notes generating inflation. Having suffered from economic collapse and inflation after World War I, Germany was facing a second collapse that might have been worse than the hyperinflationary death spiral of the 1920s.
By the spring of 1948, the German economy was collapsing. Food production was half what it had been in 1938 and industrial production was one-third of its pre-war level. With salaries controlled by the government, wages were low, and many workers failed to show up, contributing to the decline in production. Instead, people devoted their time to finding the food they needed to survive. Anywhere from one-third to one-half of all transactions were on the black market or through barter. American cigarettes were used as a more reliable currency than paper money since cigarettes held their value. Many soldiers sold their cigarettes on the black market to add to the meager salary they were receiving. Food was so scarce that on weekends, many Germans left the cities for the countryside to try and buy food directly from farmers since the shelves of stores in the city were bare. Some Germans grew food in their back yards to keep themselves from starving.

With the growing tension between the western Allies and the Soviet Union, the need to revive the German economy superseded the need to pacify Germany. The reform of the German currency and economy was overseen by Ludwig Erhard who wanted to replace the government-controlled Nazi economy with one based upon the market. Erhard had refused to support the idea of a centralized economy under Hitler, and his anti-Nazi credentials helped him to secure the support of the Allies over other German economists who wanted to maintain the government controls and rationing which clearly were impoverishing the nation. Erhard advocated the ending of price controls and a currency reform which would replace the Military Mark with a new currency with a limited money supply called the Deutschemark.By eliminating the Military Mark and replacing it with a smaller supply of Deutschemark while simultaneously eliminating all price controls, Erhard hoped to end both inflation and the shortages that plagued the economy. The Deutschemark were secretly printed in the United States and put in boxes that were innocuously labelled “doorknobs” so they wouldn’t arouse suspicion. Meanwhile, factories were instructed to withhold the distribution of their goods until the currency reform was introduced so the flood of goods into stores would help the economy to revive as quickly as possible. On June 20, 1948, the currency reform was introduced. Germans, who had gone to bureaucratic offices to pick up their ration coupons, instead received 40 Deutschemark in the new currency and an additional 20 Deutschemark soon after. Germans were allowed to exchange a limited amount of their Military Marks into Deutschemarks, but most of their money was lost. Now goods would be rationed by Deutschemark, not by ration coupons.
Stocks and bonds were converted from Reichsmark into Deutschemark at the rate of 1 to 10. A bond or stock that had been worth 100 Reichsmark was now worth 10 Deutschemark. In effect, the government imposed a 90% loss on all securities. This is why GFD’s German stock and bond indices show a 90% drop in 1948. Though investors suffered losses, consumers were ecstatic. The effect of the currency reform was immediate. Within a week, store shelves were full, black markets were eliminated, and economic stability returned to Germany. The politics, however, were not so simple.

The United States and Britain had not informed the Soviet Union of their plans to reform the German economy and introduce a currency reform. The Reichsmark and Military Mark became worthless overnight in the Bizone (areas controlled by the U.S. and the U.K.), so the old marks began to flood into the Soviet Zone. This forced the Soviets’ hand, and a couple days later, the Soviets introduced their own currency reform, first adding a stamp to currency to validate it, and several months later, introducing new banknotes into circulation.
The Ostmark was introduced in East Germany and continued to circulate in East Germany for the next forty years. Although the official exchange rate between the Ostmark and Deutschemark was set at one-to-one, the Ostmark always traded at a discount. I remember when I visited East Berlin in 1986, the black market rate was 5 Ostmark to the Deutschemark, but visitors to East Berlin had to exchange 25 Deutschemarks for 25 Ostmarks (which looked like monopoly money) as the price of entering East Berlin to see the walls of Babylon at the Pergamum Museum. The Ostmarks had to be spent in East Berlin, and since I was thirsty, I bought a glass of Vita Cola, the East German version of Coca-Cola, a drink which made cod liver oil taste delicious by comparison. Vita Cola kept the formula for their soft drink secret, but more likely to protect the rest of the world rather than to hide trade secrets.
The currency reform only applied to the three zones occupied by the United States, Britain and France, but not West Berlin. The Soviets followed the currency reform with a blockade of all roads into the Soviet zone making West Berlin inaccessible. The Currency Reform of June 1948 led directly to the Berlin Blockade and the airlift that saved the people of West Berlin from starvation. Along with the airlift came the Deutschemark which became the official currency within West Berlin. After June 1948, the economic and political separation of Germany became a reality and continued until the fall of the Berlin Wall in 1989. The currency reform was a success. As the economy recovered, the stock market quickly rose in value as well. The German stock index recovered its pre-Currency Reform level by 1952. On February 27, 1953 Germany officially defaulted on its foreign debts, replacing old bonds with new ones which had a lower interest rate and an extended maturity. Capital controls were soon lifted and the Deutschemark became a strong currency that enabled Germany to recover. Of course, stocks were never allowed to trade in East Germany. Its citizens would have been happy to have temporarily lost 90% of the value of their investments and see their capital eventually be returned in whole. Instead, East Germans lost everything, and had to wait forty years before their currency was replaced by the Deutschemark.