Slobodan Milošević and the Collapse of Yugoslavia 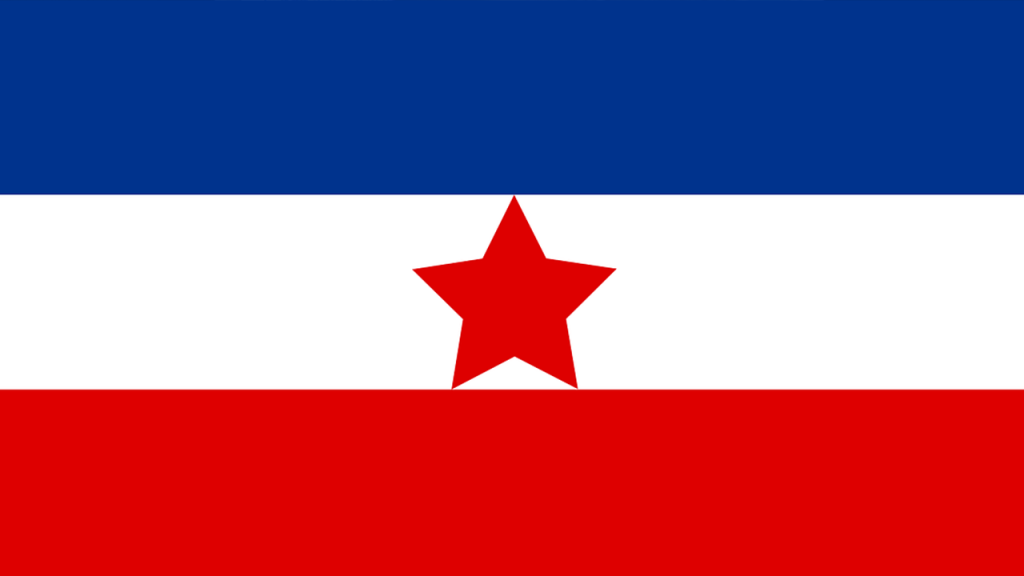 In a previous blog, I documented the worst hyperinflation in history, which was suffered by Hungary in 1946. When Hungary finally converted from the Pengo to the Forint, it took 400,000 Quadrillion Pengö to get one Forint! Yugoslavia failed to beat Hungary’s record, but if Yugoslavia failed to win the gold in the Inflation Olympics, it wasn’t for lack of trying. You can probably blame one person, Slobodan Milošević for the collapse not only of the country’s currency and economy, but for the country itself.

A Socialist Country that Relied on the Market

Yugoslavia was an amalgam of different countries when it was formed after World War I, and its original name, the Kingdom of the Serbs, Croats and Slovenes indicated its origins. After World War II, Yugoslavia’s dictator, Josip Broz Tito, distanced himself from the Soviet Union in 1948 and sought his own path for Yugoslavia. The country played a unique role during the cold war. Yugoslavia was a socialist country that relied upon the market to allocate goods. Some economists looked upon Yugoslavia positively as a country that had found the middle ground between the socialism of the Soviet bloc and the capitalism of the West. Unfortunately, this middle ground worked better in theory than in practice.

Slobodan Milošević became the President of Serbia on May 8, 1989. Though his goal was to restore Serbian supremacy in Yugoslavia, he was instrumental in destroying Yugoslavia. The collapse of the country may have been inevitable, but the collapse of the economy and currency were not. In January 1991, Slobodan Milošević ordered the Serbian National Bank to issue $1.4 billion in credit to his friends. After Milošević resigned from power, he would be charged with corruption and embezzlement because of this and other actions. In 1992, the United Nations imposed sanctions on what was left of Yugoslavia as a result of the carnage that was occurring in Bosnia and Herzegovina. Consequently, both GDP and fiscal revenue declined while the cost to Milošević of fighting his wars with Yugoslavia’s former republics rose. Milošević had already raided the Serbian National Bank and by this time, most of the country’s hard currency was gone. The sanctions hit Yugoslavia hard, and its financial resources dried up. Milošević saw only one solution to survive: print money. Inflation was nothing new to Yugoslavia. Yugoslavia had suffered double-digit inflation in every year save one between 1969 and 1986. Inflation rose to even higher levels after 1985, moving from 87% in 1985 to 162% in 1987 and to 2719% in 1989. When the United Nations imposed sanctions on Yugoslavia in 1992, the country quickly collapsed into hyperinflation. Prices increased 17,200% in 1992, and an incredible 3 quadrillion percent in 1993. Inflation was 1788% in December 1993 and 4139% in January 1994, though one wonders how the government arrived at such exact figures. The hyperinflation finally ended in March 1994, and by 1995, the annual inflation rate was a more “normal” 122%.

The government tried to contain the inflation through bureaucratic measures, such as imposing price controls, though this only exacerbated the situation because bakers and slaughter houses stopped producing food rather than produce at a loss. Yugoslavia’s gas stations were closed and gasoline could only be bought from black market entrepreneurs on the sides of the roads. When the government required firms to file paperwork every time they raised prices, this measure hastened inflation because firms would raise their prices by more than was needed in order to reduce the amount of paperwork they had to file.
In November 1993, the government delayed turning on the heat in government-owned apartment buildings in order to save money, so the buildings’ tenants bought inefficient space heaters which overloaded the electrical system leading to blackouts. Pensioners and other Yugoslavs delayed making payments for government services, knowing that even a few days’ delay would wipe out the cost of making any payments. In short, the economy collapsed. As the inflation got worse, businesses began using Deutsche Marks instead of Yugoslav Dinars to avoid losing money from the continual erosion in the value of the Dinar. To keep up with the inflation, Yugoslavia had to continually issue new currencies to get rid of the zeroes that were piling up. On January 1, 1990, a new Dinar replaced the old Dinar at the rate of 10,000 to 1, in July 1992 another Dinar was introduced at the rate of 10 to 1, and in October 1993 another new Dinar was introduced at the rate of 1 million old Dinar to 1 new Dinar. In January 1994 the 1994 Dinar was introduced at the rate of 1 billion 1993 Dinar to 1 1994 Dinar, which was replaced in turn by the Super Dinar at the rate of 12,500,000 to 1 in less than a month. In one year, between December 1992 and December 1993, the effective exchange rate between the Yugoslav Dinar and the US Dollar had gone from 900 Dinars to the US Dollar to 3 billion million million Dinars (3 sextillion for anyone who cares) to the US Dollar. In February 1994, 1 new Super Dinar was equivalent to 1.2 Octillion (1.2 billion billion billion, i.e. 27 zeroes) Dinars from 1989.

Milošević Is Kicked Out of the Country He Destroyed

Despite destroying the economy, Slobodan Milošević battled on and remained in power for another six years. He resigned from office following the disputed elections of September 24, 2000, and he was arrested on March 31, 2001 on suspicion of corruption, abuse of power and embezzlement. The Serbian authorities were unable to prove their case, and Milošević was extradited to the International Criminal Tribunal for the Former Yugoslavia in The Hague where he remained until he died in his prison cell on March 11, 2006. Did Milošević receive a just punishment? Notes issued by colonial Georgia warned that “To counterfeit is death without benefit of clergy.” During the French Revolution when “la loi punit de mort le contrafacteur”, more people were put to death for counterfeiting than for any other offense. In England two hundred years ago, counterfeiting was punishable by hanging, not only for counterfeiting currency, but even for passing a counterfeit bill to another person, a law which put a number of innocent people to death.
In his own way, Slobodan Milošević was probably one of the greatest counterfeiters of all time, and though Slobodan Milošević may not have suffered the death penalty for his destruction of Yugoslavia’s currency and economy, at least he spent the rest of his life in prison for his crimes.