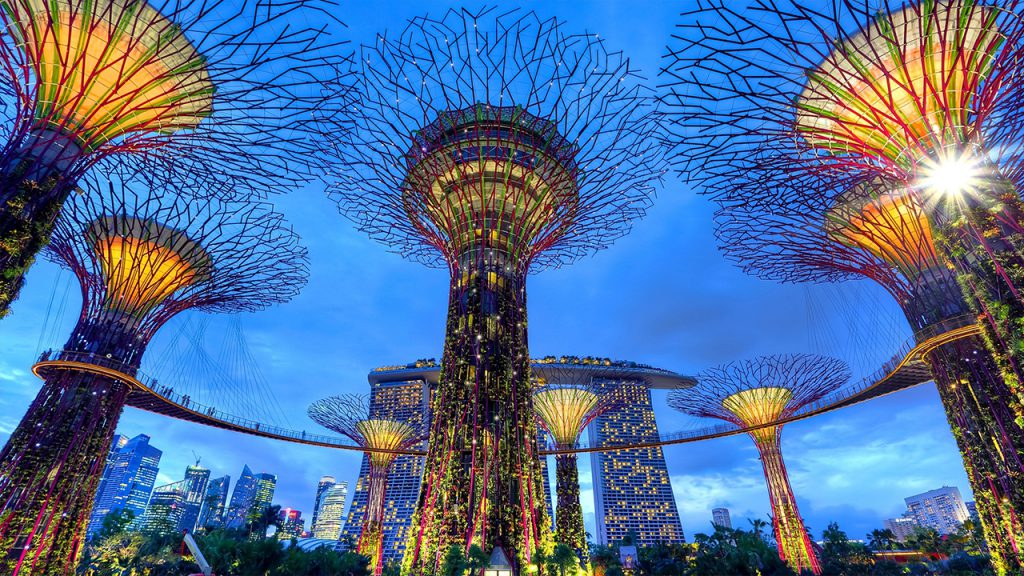 Global Financial Data has the most extensive database on historical stocks available anywhere.  In particular, we have collected data on stocks that listed on the London Stock Exchange from the 1600s until 2018.  London was the financial center of the world until World War I and many countries in emerging markets listed shares on the London Stock Exchange before a stock exchange even existed in that country.  This enables us to calculate stock market indices for emerging markets during the 1800s and 1900s before stocks listed on local exchanges and local emerging market indices were introduced. This is one in a series of articles about those indices. Singapore is one of the most important financial centers in Asia, and has grown from a small island of 1.6 million in 1960 to over 5 million people with a per capita income of over $55,000. Any information about the historical performance of stocks in Singapore is a welcome addition to the financial history of the city-state.

Singapore, as well as most of Malaysia, was a center for rubber production before World War II. The largest of these companies was the Straits Rubber Co., Ltd. which was registered in 1909, reorganized in 1919, and was acquired by Consolidated Plantations in 1972. Two other Singapore rubber companies registered in London were the Bukit Sembawang Estates and the Singapore United Rubber Plantations.  These three companies made up the Singapore shares that traded in London before 1960. In essence, GFD’s Singapore stock index is an index of rubber companies. The market capitalization of these three companies remained small peaking at $2 million in 1920, and remaining below $1 million between 1921 and 1957. There is a gap in the index between 1957 and 1961 and after 1961, the Singapore Traction Co., Bajau Rubber and Produce Estate were added to shares of the Straits Rubber Co. to represent Singapore stocks in London.  The price index of Singapore stocks from 1915 until 1957 is provided below in Figure 1.
The index had large increases when World War I began as the demand for rubber increased.  When the war was over, the demand for rubber collapsed and the price of rubber stocks declined as well.  A graph of the price of rubber between 1910 and 1960 is provided below in Figure 2.  Both rubber price spikes in 1925 and in 1950 are reflected in the index with shares rising in price, and declining thereafter.  Who in today’s modern Singapore of crazy, rich Asians would have realized the intimate relationship between the price of rubber and the performance of the stock market before the city gained its independence?
From a price point of view, investors lost money during the 50 years the GFD index covers.  The only return was from dividends which could be reinvested in the company.  The log graph below shows the impact of reinvesting dividends on the total return.  Clearly, with reinvested dividends the return is positive.
One dollar invested in Singapore stocks in 1915 would have returned $0.48 by 1957, an annual loss of 1.73%.  Return data goes back to 1920 and $1 invested in Singapore stocks in 1920 would have return $2.97 in 1957, and annual return of 2.90%. Stocks would have provided an annual dividend yield of 5.05% during that same period of time. The data begin again in 1961 and continues until 1977.  Actual data from the Singapore Stock Exchange begins in 1965.  We can chain link GFD’s data to the Financial Times Straits Times Index and extend that index back to 1961 providing even more long-term data than was previously available.

Singapore illustrates the benefit of using data from the London Stock Exchange to learn about the past of Asian markets.  Though Singapore is no longer an emerging market, it has become a major financial center of the world with per capita income of over $55,000 per person.  However, before gaining its independence, Singapore was a major port that shipped rubber to the rest of the world and the Straits Rubber Co. was the largest corporation in the country.  The performance of the stock market followed changes in the price of rubber for decades, but once Singapore gained its independence, rubber lost its importance, and it is today one of the financial capitals of the world.