The Rise of Asian Stock Markets 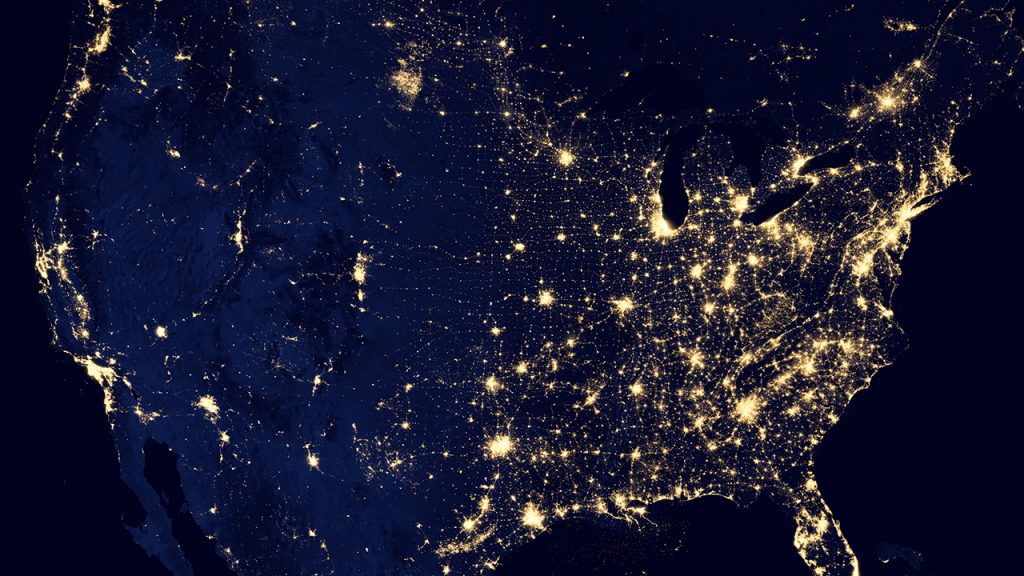 Dow Jones announced that General Electric (GE) will be removed from the Dow Jones Industrial Average (DJIA) and replaced by Walgreens Boots Alliance Inc. The reason provided for removing GE was its low price. For an index such as the S&P 500, which is capitalization weighted, a stock is removed because its market cap becomes too small. The DJIA is price weighted, so a stock is removed because its price is too low. Apple split its stock 7 to 1 in order to lower its price so it could be added to the DJIA in 2015, but at $12, GE represented only 0.5% of the DJIA by price and so it was removed. If the DJIA had been cap-weighted, GE probably would not have been removed. The market cap of GE is $111 billion while the market cap of Walgreens Boots Alliance is $67 billion. Perhaps a reverse split could have kept GE in the Dow. General Electric was one of the original members of the Dow Jones Industrial Average when the average was introduced on May 12, 1896. GE was removed from the DJIA on September 15, 1898 when it was replaced by United States Rubber (later renamed Uniroyal). GE was put back in the DJIA on April 21, 1899 when the DJIA switched out four stocks in the index. General Electric was removed a second time on March 31, 1901 when five stocks were removed and added to the DJIA. General Electric was added to the DJIA for the third time on November 7, 1907 when GE replaced Tennessee Coal, Iron and Railroad after the latter company was absorbed by U.S. Steel. General Electric was in the DJIA for the next 111 years. General Electric’s decline has been steady during the 21st century. In 2000, GE’s market cap was over $500 billion and as recently as 2005, General Electric was the largest company in the world. Since then, GE has lost over $400 billion in market cap, and today, GE doesn’t even make the top 50 in the world.

In May 1892, Edison General Electric merged with Thomson-Houston Electric Co. to form the General Electric Co. which still exists today. When the Columbian Exposition took place in Chicago in 1893, Westinghouse won the right to supply power to the exposition, impressing the millions who attended to celebrate the 400th anniversary of the discovery of America. GE stock fell from around 100 at the beginning of the exposition to the 30s by the exposition’s end and stayed at that level for several years. Competition between General Electric and Westinghouse (which was in the DJIA between 1914 and 1925 and between 1928 and 1997) to bring electricity to America was intense. Charles Coffin was instrumental in turning GE into one of the most successful companies of the twentieth century by using efficient management to turn GE into a conglomerate that eventually became the largest company in the world. The chart below shows the steady rise in GE stock from the 1890s to today.

The Rise of General Electric

During the twentieth century General Electric was involved in many of the innovations that produced the consumer goods that people take for granted today. This included light bulbs, power stations, jet engines, radios, televisions, x-ray machines, CT scanners, MRI machines and thousands of others. GE’s research division had few peers. As was true of Bell Labs, GE’s research division won Nobel Prizes and produced thousands of new products over the course of the twentieth century. GE’s two CEOs in the last quarter of the twentieth century, Reginald Jones and Jack Welch were among the most admired CEOs in the world. While conglomerates fell into disfavor in the 1980s, GE was able to use its managerial skills to grow the GE into being the largest company in the world. Under Jack Welch, however, GE moved away from relying upon its technological innovations and managerial prowess, and it began relying more upon finance as a source of growth. GE Capital began to dominate General Electric and under Welch, GE’s capitalization grew from $14 billion in 1981 to over $500 billion in 2000.

The Fall of General Electric

GE Capital participated in the growth in the financial sector in the early 2000s, moving into credit card companies, subprime lending and commercial real estate. Financial executives and tax lawyers used their wizardry to borrow in the US and move money to other countries with lower tax rates, both reducing their American tax liability and smoothing out earnings to please investors. When the financial crunch hit in 2008, GE had to be bailed out by the government and sell shares to Warren Buffett to stay afloat. The combination of unwinding GE Capital, making poor acquisitions and slowdowns in its industrial businesses made the shrinking of General Electric inevitable. GE stock was at $158 in May 2000 and the company had a market cap of $517 billion when the company did a 3-for-1 split. Today the stock is at $12 and its market cap is at $111 billion GE’s new CEO, John Flannery is struggling to keep the price from falling into the single digits. During the past decade, GE’s successor has continued to grow. C. K. Walgreen & Co. incorporated in Illinois in 1909 and changed its name to Walgreen Co. in 1916. The stock listed on the New York Curb in 1928 and moved to the New York Stock Exchange in 1934. In 1974, Walgreen stock was back to the point it had been at in 1929, but as Walgreen’s expanded across America in the 1980s and 1990s, the stock rose in price dramatically. Walgreens merged with Alliance Boots in 2014 to form Walgreens Boots Alliance, turning an American company into a global company. Although Walgreens’ growth has slowed since 2000, it didn’t lose $400 billion in market cap as General Electric did. A more logical replacement for General Electric would have been Amazon or Alphabet or Facebook or Berkshire Hathaway. Each one of them is among the ten largest companies in the world, but the problem with each of those companies is that their price is too high to be placed in a price-weighted index like the Dow Jones Industrial Average. At least Walgreens is in the top 100 companies worldwide. Welcome to the Dow, Walgreens.