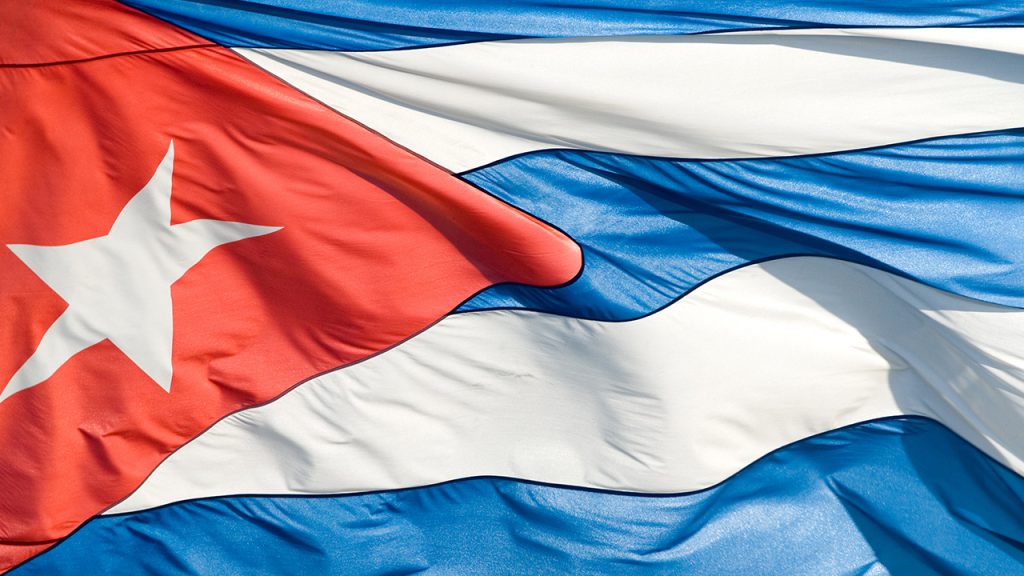 Global Financial Data has the most extensive database on historical stocks available anywhere in the world.  GFD has collected data on stocks that listed on the London Stock Exchange from the 1600s until 2018.  London was the financial center of the world until World War I, and many companies in emerging markets listed their shares on the London Stock Exchange before a stock exchange even existed in their country. After World War I, many foreign companies listed on the New York Stock Exchange.  Using data from London and New York, we can calculate stock market indices for emerging markets during the 1800s and 1900s before stocks listed on local exchanges and local emerging market indices were calculated. This is one in a series of articles about those countries. Havana did have a stock exchange before Castro overthrew the Batista government and nationalized all Cuban corporations without compensation. Today, of course, there is no stock market in Havana, although the building that housed the Havana Stock Exchange until 1959 still exists in downtown Havana and is pictured above.  I remember admiring the building when I walked by it on my visit to Cuba in 2016, but unfortunately, the stock exchange itself no longer exists.  Given the fact that no public corporations have existed in Cuba for almost 60 years, is it possible to recreate an index of Cuban stocks based upon shares that traded in London and New York?  The answer is yes.

Cuban Capitalism Before the Revolution

Global Financial Data has information on 7 Cuban companies that traded in London before 1932 and 20 companies that traded in New York between 1905 and 1961. Before 1870, two Cuban mining companies listed in London, El Compañia Consolidada de Minas del Cobre (The Cobre Mining Co.) (1838-1867) and the Santiago de Cuba Mine (1849-1859).  The Cobre mine was located at the southern tip of Cuba near Guantanamo. It was the oldest mine in the new world, having been founded in 1544.  In the 1830s, a British entrepreneur bought the abandoned mine and brought Cornish miners and mechanics to get copper from the mine. The Cobre was a successful company for almost 30 years with a capitalization of about $5,000,000 in 1864. At its height, the mine was producing 67,000 tons of copper per year, but operations were suspended in 1869 when the quality of the ore declined, and the mine went bankrupt in 1869 causing a complete loss of capital to investors. The next phase in Cuban capitalism was an attempt to provide transportation to the island by building railroads and warehouses so the sugar and other crops produced in Cuba could be exported to the rest of the world.  Cuba remained under the control of the Spanish until the Spanish-American war in 1898 in which America defeated Spain and exerted its influence over the island for the next 60 years. Among the Cuban companies that listed in London were the Cuba Submarine Telegraph Ltd. (1870-1928) and Western Railway of Havana (1895-1913).  After the Spanish-American war, a number of new companies were established in London, including the Cuban Central Railroad (1901-1918), and the United Railways of Havana and the Regla Warehouses (1906-1932).  The world’s railroads were funded through London, so it should be no surprise that London funded Cuba’s railroads as well. Most of the companies that listed in New York produced sugar or tobacco, or provided services to the population of Havana.  Of the 20 Cuban companies that listed in New York, eleven were sugar companies and two were tobacco companies (the Cuban Tobacco Co. and the Havana Tobacco Co.).  The remaining stocks included the Banco Nacional de Cuba, The Cuba Co., which ran both the Consolidated Railroads of Cuba and the Compañia Cuban which owned about 300,000 acres of land on which it raised sugar, and the Havana Electric Railway Light and Power Corp. which consolidated the Havana Electric Railway with the Compañia de Gas y Electricidad de Habana, which had a perpetual gas and electricity franchise in Havana.
So how did Cuban capitalism do? Not very well, actually.  The chart above provides a graph of Cuban stocks in London and New York from 1870 to 1960.  Sugar and tobacco drove the market more than anything else. There was a global sugar shortage in the 1910s and Cuban stocks benefited from this, but the price of sugar collapsed in 1920 and never recovered.  Cuban sugar producers were devastated, and many were forced to sell to American companies which bought up sugar fields in order to export sugar from Cuba to the United States. Before this decline, the market capitalization of Cuban stocks risen from $40 million in 1915 to $135 million in 1926, only to decline to $2 million by 1932, rising back to $75 million by 1946 before declining to zero in 1961 as is illustrated below.
The decline in the price of sugar drove the price of the Cuban Co. down from 50 in July 1925 to 1 in December 1931. It wasn’t until World War II that Cuban stocks began to recover in price as exports of sugar and tobacco were sent to the United States and the rest of the world. But there was always tension between the elites of Havana, the foreigners, mainly Americans, who invested in Cuba, and the people of Cuba who did not seem to benefit from the investment in sugar and tobacco.  As can be seen in the graph above, the price of sugar remained stagnant during the 1900s and there was no other industry that could boost the Cuban economy.
Fulgencio Batista was elected President of Cuba in 1940 and became the dictator of Cuba after a coup in 1952.  He remained in power until 1959 when Fidel Castro and his rebels seized power in Cuba.  The government nationalized all corporations in Cuba without compensation and American investors lost their entire investment.  The United States government still demands compensation for the companies that were nationalized while Cuba demands compensation for the cost of the embargo the United States has imposed on Cuba.  Neither side seems willing to compromise.

What differentiates the return on Cuban stocks from shares in other countries is the three strikes that have been thrown at investors during its history.  The Cobre Mining Co. was abandoned in 1869 causing a complete loss to investors.  A second collapse in Cuban share prices occurred in the 1920s when the decline in the price of sugar and in the Cuban economy caused Cuban stocks to lose over 90% of their value. The third loss occurred when Fidel Castro overthrew the Batista government and nationalized Cuban corporations generating a complete loss to shareholders. Up until nationalization, Cuban stocks had provided modest returns.  $1 invested in Cuban stocks in 1870 would have yielded $0.50 by 1961, an annual loss of 0.75%, but with reinvested dividends, the $1 invested in Cuban stocks in 1870 would have returned $48.75 providing an annual return of 4.36% over the 91-year period and an annual dividend yield of 5.15%.  Without reinvesting dividends, shareholders would have had no return to speak of.  Nevertheless, when the government nationalized all the corporations in Cuba, investors lost everything. It should be remembered that Cuba never had a growth industry.  Its main sector was agriculture, primarily sugar and tobacco, and other companies provided the infrastructure to ship Cuban goods abroad.  Tourism from the United States played an important role in the economy until 1959, but it was hardly a growth industry.  During the 2000s, Cuba’s revenues from tourism remained constant at about $2.5 billion.  Cuba’s exports are about $1 billion per year, but imports are over $5 billion. So was Cuba a good investment?  No. Cuban investors lost their money three times in the past. Cuba remains opposed to almost any expansion in the private sector.  Citizens are restricted almost exclusively to running a small restaurant, a bed and breakfast or driving at taxi. When you look at the three times that investors lost virtually every penny they invested in Cuba in the 1860s, 1930s and 1960s, one can almost be grateful to Castro for keeping investors out of Cuba so they wouldn’t get wiped out a fourth time.