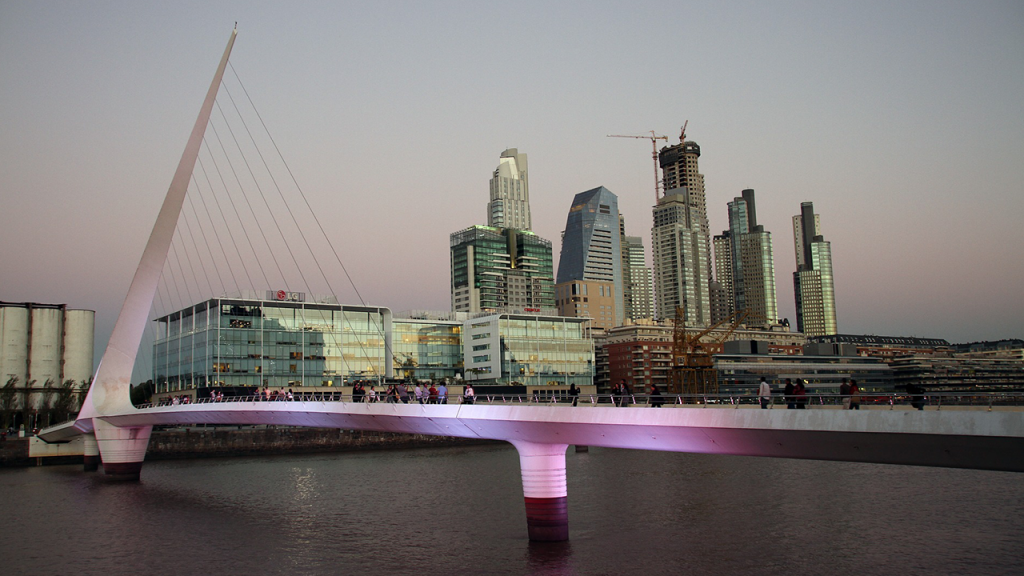 Argentina just suffered one of the worst one-day declines in global stock market history.  The current President of Argentina, Mauricio Macri, suffered a worse defeat in primary elections than was expected making it almost certain that his opponent Alberto Fernandez and his running mate, the former President of Argentina, Cristina Fernandez de Kirchner, will be elected as the leaders of Argentina and may gain a majority of seats in Argentina’s Congress. Fernandez took in 47% of the vote and Macri only 32%. Under Macri, Argentina borrowed $56 billion from the IMF and $34 billion is due in 2019.  Argentina defaulted in both 2001 and in 2014.  The fear is that once in power, Fernandez will undo the market-friendly austerity package that Macri imposed on Argentina, leading to a default on foreign bonds, worse inflation, and a collapse in the currency and the economy. An article on Bloomberg inaccurately said that the decline in the Argentine stock market on August 11 was the second worst one-day decline in global stock markets since 1950.  This statement was repeated by both Market Insider and The Economist. When we checked the data that Sarah Ponczek provided, we found no evidence of the other declines that Bloomberg listed in their Top 5.  The “winner” was the Colombo All-Share Index which supposedly declined 61.7% in one day in 1989 due to the civil war in Sri Lanka.  We found no evidence of this.  The worst decline in Sri Lanka’s history was on November 5, 2003 when the market fell 12.98%.  In reality, the range of the stock market for all of 1989 in Sri Lanka was 159.1 to 188.88, a range of 18.7%.  So a one-day 61.7% decline was simply not possible. We found no large decrease for the Merval Index in 2002.  The largest decline in 2002 was on February 11, 2002 when the market fell 10.7%, substantially less than the 45% Bloomberg reported. Similarly, when we investigated the Kazakhstan Stock Exchange index in 2002, we did find a 38% decline, but only because of a bad data print, not because of an actual decline. Where Bloomberg got their bad data from, we do not know. What we did find, however, was that there was a decline in the Merval index that exceeded Monday’s decline. On January 8, 1990, the Merval Index fell 53.1%.  As far as we can tell, this was the greatest one-day decline in global stock market history.  The market had been closed between December 28, 1989 and January 8, 1990, so there were ten days of “catch up” adjustment, but the decline was huge. If you look at the Argentina General Index (IBG) which includes all shares listed on the Buenos Aires stock exchange, the market declined “only” 44%.  The market bounced back on January 9, 1990 with the Merval index rising 22.9% and the IBG increasing 13.9%. So what was going on to cause the crash in 1990?  Hyperinflation.  Consumer prices increased 79% in the month of January 1990.  Prices doubled in March 1990.  Hyperinflation was destroying the economy, but stock prices had to rise in line with inflation.  Figure 1 shows the performance of the Argentine index between1988 and 1991 after adjusting for inflation.  As you can see, after inflation, Argentine stocks lost 90% of their value between mid-1989 and the end of 1990, an abysmal return. And of course, hyperinflation works both ways.  The Merval index recorded three 30% plus days in 1989 at the height of its hyperinflation, rising 30% on May 30, 1989, 33.67% on December 27, 1989 and 39.35 on May 31, 1989.  That produced a cumulative 81% increase on May 30 and May 31, 1989.  That is a good return even when there is hyperinflation!

Similar stock market volatility occurred during the hyperinflation of 1976.  The market declined 29% on March 19, 1976 and 18.2% on June 14, 1976. What is interesting is that all the past declines occurred during periods of hyperinflation.  On the other hand, August 12’s decline was purely event-driven, caused by election results that could portend a return to high inflation and a possible default in Argentina. Nevertheless, on August 13, the Argentine market bounced back, rising 10% in one day. However, the Argentine Peso continued to decline falling to 60 on August 14 from 45 on August 11. Investors are expecting the worst from the elections due October 27. Fernandez has maintained his lead and it seems likely that he will become the next leader of Argentina.  Macri’s attempt to bring Argentina back into the international financial system has apparently failed.  Back in the 1920s, Argentina was one of the ten richest countries in the world as measured by GDP per capita, but since the 1940s, Peronist policies have caused stagnation and inflation that has pushed Argentina’s per capita income down to where it barely makes the top 50 today.  Unless Argentina can get its economy moving again, it is likely to fall further.