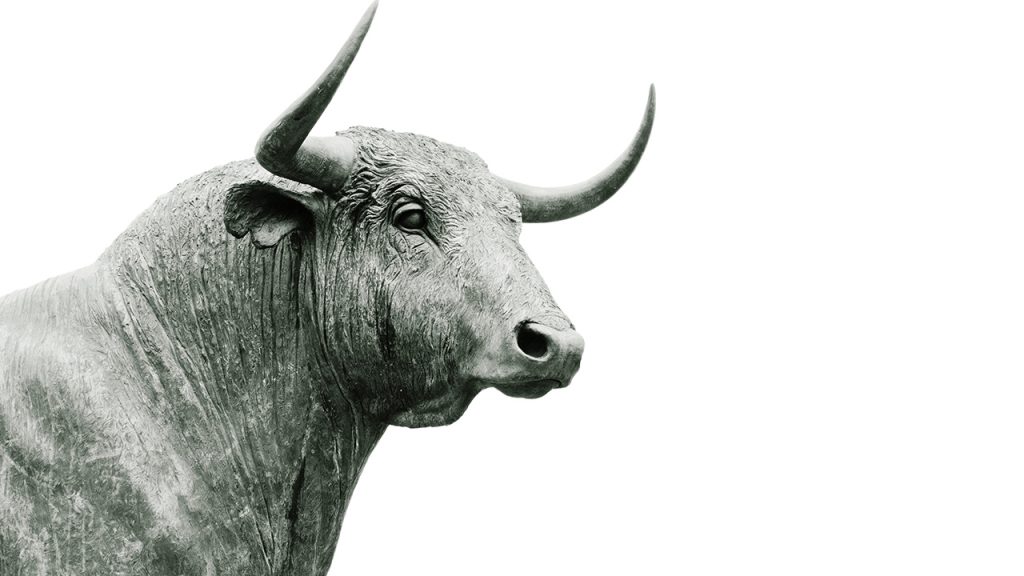 In our annual review of global stock markets, we noticed that a relatively large number of countries put in what could be a bear market bottom in 2016. If this is true, investors should expect that global markets will continue a bull market run in 2017 rather than forming a top that leads to a bear market. Global Financial Data has data on bull and bear markets on 100 countries beginning in 1693. With this data, we have been able to track bull and bear markets during the past three centuries. We define a bear market as a decline of 20% or more in a country’s primary stock market average and a bull market as an increase in the market of 50% or more. Although a 20% decline is a commonly accepted decline to indicate a bear market, there are no clear rules on what constitutes a bull market. The reason we settled on a 50% increase is that if a market declines by 20% (from 1000 to 800), it would have to increase by at least 50% (from 800 to 1200) to rise 20% above the previous market top. Any changes of a smaller magnitude are treated as either a bear market rally or a bull market contraction.
By our count, 37 countries hit what could be bear market bottoms in 2016. We excluded eight countries (Ghana, Cyprus, Kenya, Malawi, Portugal, Tanzania, Uganda and Zambia) because these countries failed to rally at least 10% from their market bottom, and so, their bear market could continue into 2017. The Cyprus stock market, for example, has declined 99.45% from its all-time high in November 1999. If you had put a $1000 in the Cyprus stock market in 1999, now you would barely have enough left for a cup of coffee at Starbucks. We also excluded Canada from this list. Even though Canada ended a 24.36% bear market in January and has rallied 29% since then, the Canadian market had only risen 40% from its previous bear market bottom in October 2011. We calculated both the percentage increase in the previous bull market and the decrease in the bear market that ended in 2016. For the 37 countries in our list, the previous bull market had risen by 141% with Mongolia ending the strongest bull run with a 626% increase. The bear markets that ended in 2016 had an average decline of 41%, but since then, most of the markets have shown significant recoveries. By the end of 2016, the average stock market in our list had risen by 31% from its market bottom. Several countries ended bear markets that had lasted over five years (Brazil, Colombia, the Czech Republic, Kuwait, Mongolia, and Oman).

One country actually suffered two bear markets in 2016, Venezuela, which ended a 30% bear market in July, rallied 228% into December, then suffered a 26% decline over a period of three weeks. These fluctuations occurred in the country with the highest inflation in the world, and adjusting for inflation, the results were quite different. During 2016, the Venezuela Bolivar Fuerte (sic) fell against the US Dollar by about 75%. Measured in US Dollars, the Caracas Stock Exchange Index declined by 73% between June 2015 and December 2016. The highest denomination banknote in Venezuela, the 100 Bolivar, is worth about three cents. I think I can safely say that Venezuela has not hit a bottom yet.
Of the 37 countries that probably hit a bear market bottom in 2016, one-third of them were in Europe. Interestingly, even though most European countries hit their market bottoms in January or February, the MSCI Europe Index hit its bottom on June 27, 2016 after the United Kingdom voted in favor of Brexit. Two other international indices hit bottoms in 2016. The MSCI EAFE Index declined by 25% between July 2014 and February 2016 while the MSCI Emerging Market Index declined by 43% between May 2011 and January 2016. Both of them now appear to have hit a bottom and are moving up again. The MSCI World Index did not suffer a 20% bear market decline primarily because of the strength of the United States stock market. Although a bear would argue that there is no reason why the bear markets these countries endured could not continue and each market hit a lower low in 2017, given the fact that on average the markets have bounced off their bear market bottom by 30%, it seems unlikely that they are all headed for lower lows in 2017. Although some bears may argue that a country like the United States has been in a bull market for almost eight years, which is longer than the historical average, there is no reason why the bull market in the United States cannot continue. The fact that numerous countries hit market bottoms in 2016 at least provides support for a continuance of the current bull market into 2017 and reduces the likelihood that markets are headed for a major top in 2017. The table below provides information on the 37 countries and three international indices that hit bear market bottoms in 2016. The table provides information on the previous market top, when it ended and the size of that bull market; when the bear market decline ended and the amount of the decline; and how much the market has recovered since then. Individual stock markets are measured in local currency while international indices and Venezuela are measured in US Dollars.